On 13 November 2020, it was announced that Nikolai Setzer would take over as CEO following the short-notice resignation of Elmar Degenhart.[10] 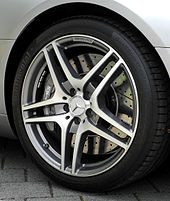 Continental was founded in 1871 as a rubber manufacturer, Continental-Caoutchouc und Gutta-Percha Compagnie.[11] In 1898, Continental started development and production of the vehicle tires with plain tread, which was the major success of the brand. In 1904, Continental became the first company in the world to manufacture grooved vehicle tires.[12] Another major product Continental invented was detachable wheel tire that was made for touring vehicles (1905). In the late 1920s, Continental merged with several other major rubber industry companies to form the largest rubber company in Germany "Continental Gummi-Werke AG". As with many other German companies during World War II, Continental used slave labor provided by the Nazi Party in their factories in the 1940s at Hannover-Stöcken,[13] Hannover-Limmer,[14] Hannover-Ahlem,[15] and others, all offshoots of the Neuengamme concentration camp.

Continental teamed up with FATE in 1999 for the production of tires for cars, trucks, and buses in Argentina[16] and exportation of the San Fernando plant's production to the rest of South America.[17]

In 2001, Continental acquired a controlling interest in Temic, DaimlerChrysler's automotive-electronics business, which is now part of Continental Automotive Systems. The company also purchased German automotive rubber and plastics company Phoenix AG in 2004, and the automotive electronics unit of Motorola in 2006.[18] Continental acquired Siemens VDO from Siemens AG in 2007.[19] Also in 2007, the company began to construct a plant in Costa Rica to produce powertrain components for North America. The plant was to open in two phases and ultimately employ 550 workers.[9]

In 2008, Continental appeared overextended with its integration of VDO and had since lost almost half of its market capitalisation when it found itself to be the hostile takeover target of the family-owned Schaeffler AG.[20] By 2009, Schaeffler successfully installed the head of its motor division at the helm of Continental.[21]

Continental was ranked third in global OEM automotive parts sales in 2012 according to a study sponsored by PricewaterhouseCoopers.[22] On 6 September 2012, Continental returned to the benchmark DAX index of 30 selected German blue chip stocks after a 45-month absence.[23] IHO Group (investment holding of the Schaeffler family) is the controlling shareholder and currently owns 46% of Continental shares.[24] In November 2018, Continental purchased Kmart Tyre and Auto in Australia from Wesfarmers for A$350 million.[25]

On 13 November 2020, Nikolai Setzer took over as CEO following the resignation of Elmar Degenhart.[10]

In February 2021, Continental announced that it acquired a minority stake in Recogni, a German-U.S. start-up, to advance its autonomous driving technology. The start-up is working on a new chip architecture for object recognition in real time based on artificial intelligence.[26]

The Interior Division is organised under the following five business units:[27]

Body & Security is leading the development of Vehicle Electronics and Cabin Control Systems,[28] with R&D locations in Germany, US, China, Singapore, Mexico, India, and many other locations around the world, allowing a global reach to nearly every market region.[29] 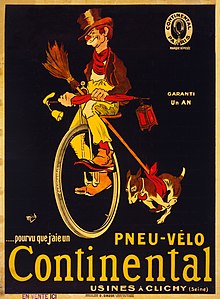 When Continental decided to purchase ITT Industries' brake and chassis business for $1.93 billion in 1998,[30] the head of ITT's brake division, Juergen M. Geissinger, was hired as the CEO of the family-owned bearing and auto parts manufacturer Schaeffler Group.[31]

Ten years later, Geissinger returned to Continental with mother-and-son owners Maria-Elisabeth and Georg Schaeffler and a consortium of banks, to buy control of the company.[32] Continental appeared to have overextended itself with the acquisition of Siemens' VDO automotive unit in 2007 for €11.4 billion[33] and had lost almost half of its market capitalisation since.[20]

In August 2008 and after a protracted standoff, Continental agreed to be taken over by the Schaeffler Group in a deal that valued the company at approximately €12 billion.[34] Schaeffler in return agreed to limit its position to less than 50% for a period of four years and support Continental's ongoing strategy. This arrangement was overseen by former German Chancellor Gerhard Schroeder.[35] Continental's CEO Manfred Wennemer, who had opposed Schaeffler's offer, resigned and was succeeded by Karl-Thomas Neumann on 1 September 2008.[36] Less than one year later, Schaeffler's CEO Juergen Geissinger succeeded in installing his longtime confidant (and former leader and later head of ITT Teves/Continental Brake and Chassis Division) Elmar Degenhart, the head of his automotive division, as the new chief executive of Continental, ousting Neumann.[21] At Continental's 2013 annual shareholder meeting Schaeffler gave notice that it will terminate its mutual investment agreement with Continental in May 2014,[37] on which Elmar Degenhart commented, "Notice of termination of the investment agreement is understandable from the vantage point of Schaeffler, our anchor shareholder. We are confident that the two companies will continue their very good and goal-oriented cooperation on into the future."[37]

The headquarters for North and South American tire divisions is located in the Charlotte metropolitan area at Fort Mill, South Carolina, United States. The North American headquarters of the CAS division are located in Auburn Hills, Michigan, directly east of the Great Lakes Crossing mall. Continental also has a research and development arm in the tech heavy Silicon Valley where, among other things, the company focuses on developing technologies supporting autonomous driving vehicles.

From 2002 through 2005, the subsidiary sponsored a new college football bowl game in Charlotte, North Carolina, known for three playings as the Continental Tire Bowl. At the time, Continental was a major employer in Charlotte. However, as financial woes set in at the division Meineke Car Care Center took over sponsorship of the Charlotte bowl game from Continental. The first two Continental Tire Bowls were both won by Virginia; the third and final (by that name) edition of the bowl was won by Boston College.

The subsidiary announced that effective 1 January 2006, it would implement massive cuts on health care for retirees across the country. After a class-action lawsuit, the company and United Steelworkers union, representing the retirees, agreed to a settlement whereby the company would continue to fund benefits.[39] Later that year, it announced it would cease tire production in Charlotte[40] and would close its tire production plant in Mayfield, Kentucky.[41]

In February 2016, CTA announced that it would build a Commercial Tire plant in Clinton, Mississippi, with an investment totaling approximately $1.4 billion and employing 2,500 people when the plant reaches full capacity in the next decade.[citation needed]

Continental was one of the companies bidding to work with GM to provide the battery pack for the Chevrolet Volt extended-range electric vehicle (E-REV).[43] It is the primary contractor for a system using lithium-ion batteries from A123 Systems. GM instead signed a contract to assemble packs with cells purchased from Compact Power.[44]

Continental continues to look at developments and innovation in the field of Automotive electrical-energy storage systems. These include developing solutions for gasoline and diesel driven engines as well as the rapidly-developing area of electrified systems. By offering a comprehensive technology toolkit to auto manufacturers, they enable these manufacturers to develop customised electrification in their vehicles, resulting in more efficient systems that produce lower emissions.[45]

In April 2016, Continental AG together with Honda's US subsidiary, were honored with the 2016 Automotive News PACE Innovation Partnership Award[46] for the Bidirectional Long Range Communications (BLRC) System, developed by the Body and Security Team in the Interior Division.[47] The Radio Frequency Device, helps the car user to operate a remote control key fob from more than half a kilometer away, to start the engine and climate control function, while receiving feedback from the vehicle (such as locked/unlocked). The Radio Frequency System, powered by a single standard coin cell, and an innovative vehicle-mounted RF transceiver, was developed together by Honda and Continental, and was debuted on the Acura MDX in 2013 and was quickly followed by the Acura TLX and Acura RLX in 2014.

In 2020, Continental won an inaugural PACEpilot award for its Virtual A-Pillar technology that helps to eliminate forward blind spots. PACEpilot is an offshoot of the long-standing PACE awards, and the programmes seeks to recognise innovations in automative technology that have moved to the working model phase of testing.[51]

Chairman of the board

Continental AG has acquired the American rubber company Veyance Technologies Inc. based in Fairlawn, Ohio. Veyance will be integrated into the company's ContiTech division, and will serve as the regional home office for ContiTech in North America.

The Brazilian antitrust authority Council for Economic Defence, or CADE, made it official on 29 January 2015, described in a press release on the 30th, from the company. The total transition was $1.6 billion. The company will divest Veyance's NAFTA air springs business in Mexico and its Brazilian steel-cord belting business in response to some of the concerns raised by antitrust authorities, the release said, employing about 600 people work in those operations.[54]