This article is about the company. For its car brand, see Subaru.

Subaru Corporation (Japanese: 株式会社SUBARU, Hepburn: Kabushiki-gaisha Subaru), formerly known as Fuji Heavy Industries, Ltd. (Japanese: 富士重工業株式会社, Hepburn: Fuji Jūkōgyō Kabushiki-gaisha) (FHI) from 1953 to 2017, is a Japanese multinational corporation and conglomerate primarily involved in both terrestrial and aerospace transportation manufacturing. It is best known for its line of Subaru automobiles. The company's aerospace division serves as a defense contractor to the Japanese government, manufacturing Boeing and Lockheed Martin helicopters and airplanes under license. This same division is a global development and manufacturing partner to both companies.

By late 1980s, the company was a major supplier of military, aerospace and railroad equipment in Japan, but 80% of its sales came from automobiles. Sales in 1989 fell 15% to US$4.3 billion.[1] In 1990, the company faced a loss of over US$500 million. Industrial Bank of Japan Ltd., the main bank of the company, asked Nissan Motor, which owned 4.2% of the company, to step in. Nissan sent Isamu Kawai, the president of Nissan Diesel Motor Co., to take charge of FHI.[2] In 1991, FHI started contract-manufacturing Nissan Pulsar (Nissan Sunny in Europe) sedans and hatchbacks.[3]

Currently, the Subaru Corporation makes Subaru brand cars, and its aerospace division makes utility and attack helicopters for the Japanese Self Defense Force, trainers, unmanned aerial vehicles, and the center wings of Boeing 777 and Boeing 787. In the past, FHI made parts for the Raytheon Hawker and Eclipse Aviation business jets.

In 2003, the company adopted the logo of its Subaru division as its worldwide corporate symbol.[4]

On October 5, 2005 Toyota purchased 8.7% of FHI shares from General Motors, which had owned 20.1% since 1999.[5] GM later divested its remaining 11.4% stake on the open market to sever all ties with FHI. FHI previously stated there might have been 27 million shares (3.4%) acquired before the start of trading by an unknown party on October 6, 2005, and speculation suggested a bank or perhaps another automaker was involved. After the purchase, Toyota announced a contract with Subaru on March 13, 2006 to use the underutilized Subaru manufacturing facility in Lafayette, Indiana, USA as well as plans to hire up to 1,000 workers and set aside an assembly line for the Camry, beginning in the second quarter of 2007.

In June 2014, the company entered into a contract with Boeing, as one of five major Japanese companies contracted, to build parts for Boeing's 777X aircraft.[6]

In May 2016, Fuji Heavy Industries announced that it would change its name to Subaru Corporation, with the change effective on April 1, 2017.[7][8][9] 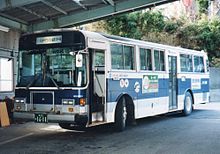 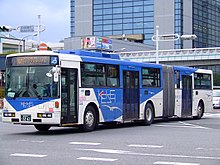 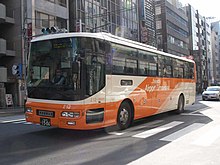