The season begins with its premier race, the Rolex 24 at Daytona, the last weekend of January and ends with the Petit Le Mans, another North American Endurance Cup race, in early October.

On September 5, 2012, it was announced that the Grand-Am Road Racing sanctioning body would merge with the Braselton-based International Motor Sports Association, and as such, both bodies would merge their premiere sports car series, the Rolex Sports Car Series and American Le Mans Series respectively, with plans to debut in 2014. On November 20, 2012, the merger committee announced that SME Branding were selected to develop the name, logo and identity of the new series.[4]

The reveal date for the new series was March 14, 2013 at the Chateau Élan Hotel and Conference Center at Sebring International Raceway, two days before the 12 Hours of Sebring. American Le Mans CEO Scott Atherton announced the new sanctioning body would remain IMSA while Ed Bennett revealed the new titles for the series' five classes. SME Branding Senior Partner Ed O'Hara then announced the new United SportsCar Racing title and logo, a name submitted through a contest won by Louis Satterlee of Florida, a racer in the Florida Karting Championship Series.[7]

Beginning with the 2019 season the series is covered exclusively by NBC Sports in the United States. The NBC broadcast network will air nine hours of coverage annually, with the majority of the coverage airing on NBCSN. CNBC and the NBC Sports app will provide supplemental coverage.[10][11]

Originally based on a Canadian series before being acquired by Grand-Am, the Continental Tire Sports Car Challenge (originally known as Grand-Am Cup) is a production-based touring car series. The series is split into two classes known as Grand Sport (GS), intended for large capacity GT-style cars, and Street Tuner (ST), consisting of smaller sedans and coupes, some of which are front-wheel drive. The IMSA Continental Tire Sports Car Challenge until 2013 supported some Rolex Series races but also headlined some of its own dates. This series continued with the United SportsCar Championship after the merger and is somewhat comparable to the old Trans Am Series.

Some races may only use selected classes of cars, for example: Any class car may be permitted entry into the Rolex 24, while at the Grand Prix of Long Beach only the Daytona Prototype International (DPI) and GT Le Mans (GTLM) are entered. LMP2 and GTLM classes are compatible with regulations for the 24 Hours of Le Mans.[12] 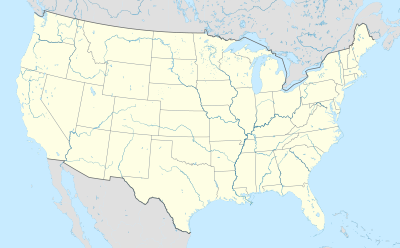