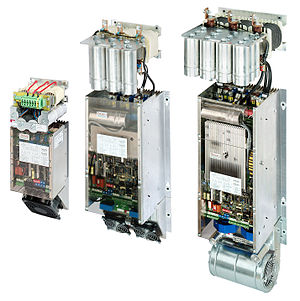 Sometimes this is confused with a Variable Frequency Drive(VFD) or Variable Speed Drive(VSD) which describes the electronic portion of the system that controls the speed of the motor. More generally, the term drive, describes equipment used to control the speed of machinery. Many industrial processes such as assembly lines must operate at different speeds for different products. Where process conditions demand adjustment of flow from a pump or fan, varying the speed of the drive may save energy compared with other techniques for flow control.

Sometimes motor drive refers to a drive used to control a motor and therefore gets interchanged with VFD or VSD. 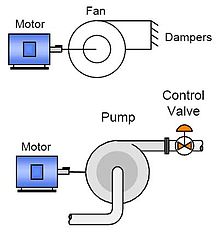 A slip-controlled wound-rotor induction motor (WRIM) drive controls speed by varying motor slip via rotor slip rings either by electronically recovering slip power fed back to the stator bus or by varying the resistance of external resistors in the rotor circuit. Along with eddy current drives, resistance-based WRIM drives have lost popularity because they are less efficient than AC/DC-AC-based WRIM drives and are used only in special situations. 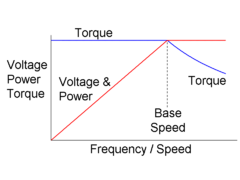