Dowty Propellers is a British engineering company based in Staverton, Gloucestershire that specialises in the manufacture of propellers and propeller components. It is owned by General Electric, forming part of its GE Aviation Systems division. 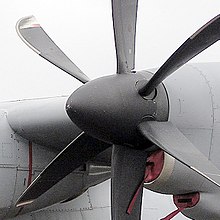 The company was formed as Rotol Airscrews in 1937 by Rolls-Royce and Bristol Engines to take over both companies' propeller development,[1] the market being too small to support more than one company. The name is a contraction of "ROlls-Royce" and "BrisTOL".[1] Rotol's propellers were always considered leading edge, its models equipping the Hawker Hurricane, Supermarine Spitfire, and many other Second World War-era aircraft.[1] By the end of the war it had introduced the first five-bladed propeller to see widespread use, used on late-model Spitfires. In 1943 the company changed its name from Rotol Airscrews Limited to Rotol Limited, and in 1952 it acquired British Messier Limited, a specialist in landing gear and hydraulics.

In 1968, the company introduced the first fibreglass propellers, which went on to see widespread use.[1] Since then it has migrated to carbon fibre, and remains a leader in propeller design.

Following a series of changes of ownership, the original Dowty Rotol facility at Staverton is now owned by the Safran Group, operating as part of its Messier-Bugatti-Dowty Landing Gear subsidiary. Propeller design and manufacture was moved a few hundred metres down the road when the company was split into business units under its Dowty ownership in the early 1990s. On 16 January 2007, Dowty Propellers became part of GE Aviation Systems through GE buying Smiths Group’s aerospace division.[3][4]

On 5 February 2015, a fire at Dowty's Staverton facility caused severe damage to 80% of the factory building, destroying the main production line.[5] A facility at Vantage Point Business Village in Mitcheldean, Gloucestershire, was selected for the company's interim propeller blade manufacturing.[6] In late 2019, the company began moving its operations to an all-new purpose-built facility at Gloucester Business Park in Brockworth, on part of the site of the former aerodrome used by the Gloster Aircraft Company. [7] 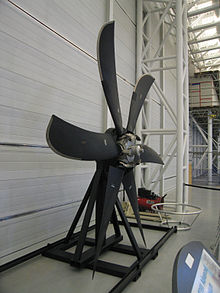 Dowty propellers are used on many turboprop feederliners, including the Dash 8Q400, Saab 340 and Saab 2000, and on turboprop transport aircraft such as later models of the C-130J and Alenia C-27J. Dowty propellers can also be found on LCACs used by the militaries of several countries. The US National Air and Space Museum's Udvar Hazy Center, Virginia, has a Dowty propeller on display.