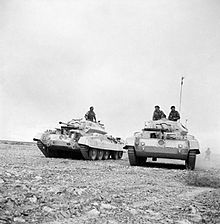 Nuffield Mechanizations Limited was incorporated in the mid-1930s, probably as Wolseley Aero Engines Limited. Wolseley had begun aero engine development in 1929 but when Wolseley Motors became a subsidiary of Morris Motors Limited on 1 July 1935 it had been decided to keep aero engine development quite separate. So this business remained Lord Nuffield's personal property and did not become part of the Morris Motors group.

In 1935 at the personal request of the Prime Minister, Stanley Baldwin, Lord Nuffield took on the job of bringing up-to-date the mechanization of the Army and the ground section of the Air Force. The result was that the Wolseley Aero Engine plant would manufacture tank engines and that research units were established there to work on new ideas to improve the mechanization and mobility of the Army.[2] 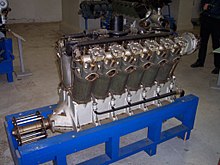 Development and production of Wolseley aero engines was stopped in September 1936.[3][page needed] They were developing an advanced Wolseley radial aero engine of about 250 horsepower but the project was abandoned in September 1936 when Lord Nuffield got from the Air Ministry the fixed price Intention to Proceed (ITP) contract papers which he believed would have required "an army of chartered accountants". Lord Nuffield decided he would deal only with the War Office and Admiralty and not the Air Ministry[citation needed] (see Airspeed).

During World War II Nuffield Mechanizations was engaged in military production. Among their activities was production of the Liberty L-12 engine for use in British tanks of the period. In 1939 one of their subsidiaries was given the opportunity to take part in production of the Covenanter tank then being designed but opted to develop their own version of the design which became the Crusader tank.

It is reported that these tanks were under-gunned and notoriously unreliable. They were withdrawn from front-line service in 1942[4]; Crusader III saw the introduction of the Mk. IV Liberty engine, fixing many of the reliability issues previously encountered.

During World War II the Gosford Street, Coventry, plant was to provide over half the UK output of Bofors anti-aircraft guns.[5]