Mentor Graphics was founded in 1981 by Tom Bruggere, Gerry Langeler and Dave Moffenbeier. The first round of money, worth $1 million, came from Sutter Hill, Greylock, and Venrock Associates. The next round was $2 million from five venture capital firms, and in April 1983 a third round raised an additional $7 million. Mentor Graphics was one of the first companies to attract venture capital to Oregon.[citation needed]

Apollo Computer workstations were chosen as the initial hardware platform. Based in Chelmsford, Apollo was less than a year old and had only announced itself to the public a few weeks prior to when the founders of Mentor Graphics began their initial meetings.

When Mentor entered the CAE market the company had two technical differentiators: the first was the software - Mentor, Valid, and Daisy each had software with different strengths and weaknesses. The second, was the hardware - Mentor ran all programs on the Apollo workstation, while Daisy and Valid each built their own hardware. By the late 1980s, all EDA companies abandoned proprietary hardware in favor of workstations manufactured by companies such as Apollo and Sun Microsystems.

After a frenzied development, the IDEA 1000 product was introduced at the 1982 Design Automation Conference, though in a suite and not on the floor.[5]

In 1999 Mentor acquired the VeriBest subsidiary from Intergraph Corp., which included a development office in Huntsville, AL and eliminated one of their direct competitors.[6][7]

In 2002 Mentor made another acquisition by purchasing Marlboro, MA based Innoveda. The acquisition added to the printed circuit board and wire harness design tools that Mentor already had.[8]

In June 2008, Cadence Design Systems offered to acquire Mentor Graphics in a leveraged buyout. On 15 August 2008, Cadence withdrew this offer quoting an inability to raise the necessary capital and the unwillingness of Mentor Graphics' Board and management to discuss the offer.[9] Mentor acquired Flomerics Group plc for $60 million in cash in October 2008, and in August 2009, Mentor completed the acquisition of silicon manufacturing testing company LogicVision for $13 million in an all-stock deal.[10] Mentor completed the acquisition of Valor Computerized Systems in March 2010 in a cash and stock deal valued at $50 million.[11]

On 22 February 2011, Carl Icahn, an activist investor, made an offer to buy the company for about $1.86 billion in cash.[citation needed]

As of 2012, Mentor's major competitors are: Cadence Design Systems, Synopsys, Altium, and Zuken.

On March 3, 2015 Mentor Graphics announced it had acquired the business assets of Tanner EDA.[12]

James "Jim" Ready, left Mentor in 1999 to form the embedded Linux company MontaVista. Neil Henderson joined Mentor Graphics in 2002 with the acquisition of Accelerated Technology Inc. Stephen Mellor, a leader in the UML space and co-originator of the Shlaer-Mellor design methodology, joined Mentor Graphics in 2004 following the acquisition of Project Technology.

Walden C. Rhines was the company's chief executive officer and president[16] following the acquisition by Siemens, until November 2018 when he became CEO Emeritus. Tony Hemmelgarn is now the president and CEO of Siemens Digital Industries Software, which includes the Mentor product line. 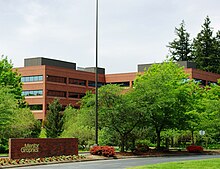