Skip to content
This article is about the Australian city. For the political case, see Benalla affair.
Town in Victoria, Australia

Benalla /bəˈnælə/[2] is a small city located on the Broken River gateway to the High Country north-eastern region of Victoria, Australia, about 212 kilometres (130 mi) north east of the state capital Melbourne. At the 2016 census the population was 9,298.[1]

It is the administrative centre for the Rural City of Benalla local government area.

Prior to the European settlement of Australia, the Benalla region was populated by the Taungurong people, an Indigenous Australian people.

A 1906 history recounts that prior to white settlement "as many as 400 blacks would meet together in the vicinity of Benalla to hold a corrobboree".[3]

The area was first sighted by Europeans during an expedition of Hamilton Hume and William Hovell in 1824 and was noted as an agricultural settlement called "Swampy". The expedition was followed by that of Major Thomas Mitchell in 1834.[4]

Reverend Joseph Docker settled in 1838 creating a pastoral run called Benalta Run, said to be from an Aboriginal word for musk duck.

Docker's property was intended to lend its name to the new township (”Benalta“) but through a clerical error in the Sydney Survey department[3] it became known as 'Benalla'.

An attack by indigenous people on the camp of sheepherders George and William Faithful became known as the Faithful Massacre; eight settlers were killed in the incident. Following the massacre, in 1839 a police station was established and the name of the settlement became Broken River.

A bridge was built over the Broken River in 1847 and the following year the town was surveyed. In 1861 it was proclaimed a town.

In 1936, the Benalla Centenary Race was held. 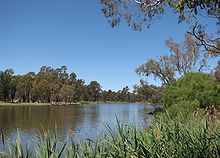 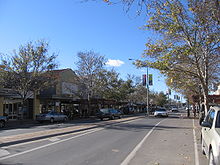 Benalla is situated on a mostly flat floodplain of the Broken River catchment situated directly to the north and west of the Great Dividing Range. Lake Benalla is an artificial lake created in 1973 from the Broken River as an ornamental feature for the centre of the city. Broken river forms a green belt along the north–south spine of the city. There are three major crossings of the river at Benalla. The main street in the Central Business District is Bridge Street East.

Another large artificial lake, Lake Mokoan, 7 kilometres to the north east, was decommissioned beginning in 2009, with a wetlands area being developed for visitors. To the south of the freeway is the heavily forested Reef Hills State Park.

Benalla is the seat of local government and administrative headquarters for the Rural City of Benalla.

In the Victorian Legislative Assembly, it is represented by the Electoral district of Euroa.

In the Parliament of Australia, it is represented by the Division of Indi in the Australian House of Representatives.

As a service economy for the region, Benalla has many large retailers, including a Coles, Woolworths, Aldi and a Mitre 10 Home & Trade. Target Country on Bridge Street closed in April 2021.[6]

The Goulburn Ovens Institute of TAFE has a campus in Benalla which includes the Benalla Performing Arts and Convention Centre opened in 2004 by Lynne Kosky MP, the then Minister of Education and Training.[9] The campus included GRADA, a regional academy of dramatic art offering courses in Acting, Dance and Production and now specializes in Nursing and Engineering courses with direct links to local businesses for work placements, The other GoTafe campuses in the region include at Shepparton, Wangaratta and Seymour. 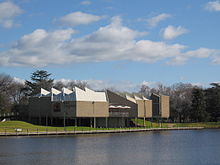 Benalla's cultural facilities include the Benalla Performing Arts and Convention Centre which includes a cinema and theatre. The city also has a major art gallery which forms a landmark perched over Lake Benalla on the site of the original police station. Benalla is fast becoming known as the street art capital of regional Australia with more than 50 major contemporary murals on the CBD Benalla Street Art trail, and beyond including local villages such as Goorambat and Winton Wetlands. The annual Wall to Wall Street Art Festival has been held since 2015, curated by Juddy Roller Studios, usually the week before Easter. Over one long-weekend dozens of world class artists create one giant outdoor gallery in the town. The Wall to Wall Festival also includes workshops, artist talks, live music, markets, street art tours and more. www.benallastreetart.com.au

Benalla is also home to an artist's hub known as North East Artisans - an entirely self funded, not for profit community art gallery run by volunteers. It features a shop gallery with the works of local artists, an exhibition space, artist studios and a cafe, with regular exhibitions and live music events featuring local, national and international musicians. North East Artisans recently celebrated its 5th birthday in 2019.

The Rose Festival is another annual local garden festival dating from 1967. Now called "The Benalla Festival" it is held over the first two weekends in November with dozens of free and low cost events including the community Street Parade, Music by the Lake and fireworks, and A Day in the Gardens Market held in the Benalla Botanical Gardens.

Benalla has a horse racing club, the Benalla Racing Club, which schedules around eleven race meetings a year including the Benalla Cup meeting in early October.[11]

Benalla Gardens Oval is the home of the Benalla & District Cricket Association.[15] The ground has hosted touring teams since the 19th century.[16] In the Rural City of Benalla there are numerous cricket grounds.[17]

Benalla is also home to the Benalla Bandits Baseball Club who compete in the North East Baseball Association, The team plays out of Racecourse Reserve, Benalla.[1]

Benalla is home to the Gliding Club of Victoria at the State Gliding Centre located on the Benalla airfield. This club is the longest continuous operating gliding club in Australia and has played host for the World Gliding Competition in 1987 and 2016. Many of the club's members travel from Europe each summer to enjoy the warm weather and ideal soaring conditions of the region.

There is a park and walking track that circumnavigates Lake Benalla, featuring a ceramic sculpture mural community that was created as part of an employment project for local artists.

The botanic gardens at Benalla, Victoria

Benalla Migrant Camp is listed on the Victorian Heritage Register.[19] 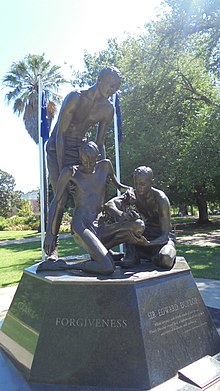 Benalla has a local newspaper, the Benalla Ensign, which is published weekly.

Health services are provided by Benalla Health, which operates a 42-bed hospital, plus a variety of Allied Health and maternal and Child Health Services.

Benalla is a little over two hours from Melbourne by road or train. The Hume Freeway (National Highway M31) now by-passes Benalla to the south, while the Midland Highway (A300) runs through the city centre. Rail transport includes both passenger rail and freight. Benalla railway station is on the North East railway line, and three Albury V/Line rail services stop at Benalla daily, as does the twice-daily NSW TrainLink XPT service between Melbourne and Sydney.

Benalla Bus Lines runs a local service every hour on two routes, serving the west and east sides of the city. The main bus terminal is outside the ANZ Bank in Nunn Street.

Benalla Airport YBLA (BLN) began life as a major RAAF training base during World War II. It now also serves as the home of the Gliding Club of Victoria, as well as a ballooning and ultralight centre, and is the home of the Benalla Aviation Museum.

Water is supplied by . The main water supply is Loombah Weir and McCall Say Reservoir in the Ryan's Creek Catchment approximately 13 kilometres south of the city with a total 1800 megalitre capacity.[20][21][22]