The Speedway Great Britain Premiership 2017 was the top division of British speedway. It was the first time that it was known as the SGB Premiership after changing its name from the Elite League.[9]

The season ran between March and October 2017 and 8 teams participated (Coventry withdrew from the league before the season started, after they had originally entered the league). The lineup of teams for 2017 was different from the lineup of the 2016 Elite League. The Lakeside Hammers and Coventry Bees dropped out of the league and were replaced by the Rye House Rockets and the Somerset Rebels.[10]

The Swindon Robins were the champions defeating the Wolverhampton Wolves in the Grand Final.[11][12]

At the annual Speedway AGM, which was held early in November 2016, it was agreed that speedway in Great Britain would be given what was described as "the biggest revamp of the sport in modern history". This involved numerous alterations to both the regulations and the branding of the sport. The former top level of British speedway, the Elite League, was replaced by the Speedway Great Britain Premiership. Among the most notable changes to the regulations is the reintroduction of promotion and relegation between the top two leagues: the team that finishes in last place in the Premiership will race against the winners of the new second tier of British speedway (the SGB Championship) in order to decide who will compete in the Premiership in 2018.[13] 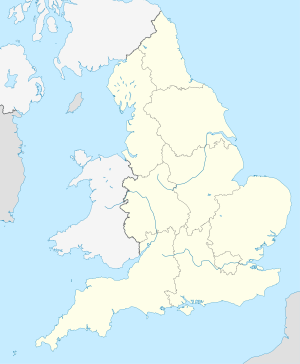 Wolves
Locations of the 2017 Premiership teams

Teams face each other four times: twice home and twice away. The first of the home and away meetings are called the 'A' fixtures, and the second are the 'B' fixtures.

Up to and including Wednesday 13 September

Home team scores are in bold