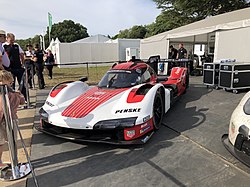 The Porsche 963 (pictured at the 2022 Goodwood Festival of Speed) is one of the prototype race cars that are allowed to compete under IMSA’s new GTP class. It complies with the LMDh regulations.

At the end of the 2022 season, IMSA retired the Daytona Prototype International (DPi) class, which was the premier racing class in the WeatherTech Championship from 2017 until 2022, spanning six seasons. IMSA replaced it with a new class called GTP, named such in tribute to the GTP class from the IMSA GT Championship in the 1980s.

GTP is the new flagship class of the championship, and consists of two sister technical regulations: LMDh (Le Mans Daytona hybrid), and LMH (Le Mans Hypercar). LMDh allows choosing from a base chassis, of which there are four choices, from Dallara, Ligier, Multimatic and Oreca, as well as a specification hybrid system on all cars, with freedom on aerodynamics, bodywork and engine configuration. The LMH regulation allows bespoke hybrid designs, and offers more mechanical design freedom in exchange for elevated development costs. As with the DPi class, GTP is regulated by a Balance of Performance (BoP) system to keep the performance range of each of the cars close together and regulate spending.

The GTP class is made of the same framework as the Hypercar class of the FIA World Endurance Championship, in accordance with the collaborative alliance between IMSA and the French racing organizers ACO, which resulted in the convergence of the two organizer's top class regulations.[1]

After initially announcing discontinuing the sub-championship entirely on August 5, IMSA later declared on September 1 that they would continue the WeatherTech Sprint Cup, a championship comprising only sprint rounds for the GT Daytona (GTD) class. The only difference was that there would be no Sprint Cup-only rounds for 2023, to combat situations such as the record-low six-car GTD entry at the 2022 Chevrolet Grand Prix.[2][3] 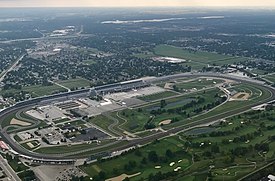 Indianapolis Motor Speedway is set to return to the championship's schedule for the first time since 2014.