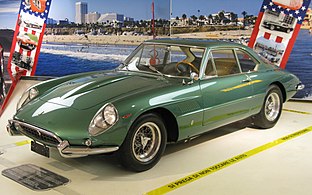 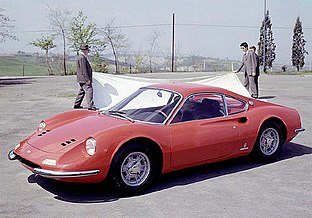 Brovarone was born on 24 June 1926, in Vigliano Biellese, in Italy's Piedmont textile region.[2] He demonstrated artistic talent at an early age, and was fascinated by airplanes and dreamed of becoming a pilot.[3] He later studied at the state commercial and technical institute, considering a career in the textile industry.

His studies were interrupted by WWII, and he was deported by the Germans and imprisoned for one year in a German concentration camp in occupied Poland.[4][5][6] Having managed to survive,[3] he later worked as a designer with a refrigerator company.

In 1949 Brovarone expatriated to Buenos Aires, Argentina and worked as a graphic designer at an advertising firm,[7] later working with AUTOAR (Automotores Argentinos) until it ended operations in 1953. Brovarone returned to Italy to work with Piero Dusio of Cisitalia, where he first developed brochure illustrations and began his career as an automobile designer.

On introduction from Dusio, Brovarone met Battista "Pinin" Farina[7] and in 1952, he joined Carrozzeria Pinin Farina (later simply Pininfarina) first as assistant stylist to Francesco Salomone and Franco Martinengo. He subsequently became lead designer, beginning with the design of the Ferrari Superamerica II, presented at the 1960 Turin Auto Show.[7]

At Pininfarina, Brovarone designed the sedan variant of the Peugeot 504. In 2007 he verified that he did not design the coupe and cabriolet variants, confirming these were designed at Pininfarina, but under the direction of Franco Martinegno, from sketches by Peugeot.

At Pininfarina, he collaborated on the 1987 Ferrari F40 with its designer Pietro Camardella, just before retiring.[8]

After his retirement from Pininfarina in 1988,[7] Brovarone consulted as a stylist with Stola, later contributing to the design of Studiotorino's Porsche Boxster-based Ruf RK Spyder, named at the 2005 Milan Triennale as the most beautiful car in the world.[4] At Studiotorino, Broverone secretly penned a coupe variant that management later accepted.[9]

He continued to live in Turin, without computer or cellphone, and continued to make pencil sketches and tempera illustrations which were printed as collectible postcards.[10]

He died at 94 on 12 October 2020 at Molinette hospital in Turin, several days after the death of his wife Martarita,[11][1] and was survived by his son Enrico Brovarone and nephew Cesare Brovarone. He was a member of the Auto Moto Club Storico Italiano (AMSAP) and judge for two concours d'elegance organized by the club, at Villa La Malpenga in Vigliano Biellese (in 2016) and at Ricetto di Candelo (in 2017).