Frank Stanley Biela (born 2 August 1964 in Neuss) is a German auto racing driver, mainly competing in touring cars and sportscar racing. He has raced exclusively in cars manufactured by the Audi marque since 1990.

Biela started his career in 1983 in karting before joining the Ford Youngster Team programme in 1987 alongside Manuel Reuter and Bernd Schneider. He drove for the team in Formula Ford and the Deutsche Tourenwagen Meisterschaft (the German touring car championship), where he won the race at AVUS in 1987. Biela continued to compete in the DTM in 1988, and also raced a limited season in German Formula Three, scoring two wins.

In 1990, he moved to Audi, winning the DTM race at the Nürburgring and the DTM championship in 1991 before Audi left the DTM in mid-season of 1992. Biela stayed with the company, and with the rise of the two-litre Class 2 (Super Touring) rules in other series across Europe, he was entered in various European touring car series over the following few seasons such as the French Supertouring Championship in 1993 driving the Audi 80 (in which he won the championship in) entered by Audi into the championship pairing alongside Marc Sourd. Since his French Supertouring Championship victory in 1993, he is the only standing non-French driver to win it. In 1995, he won the Touring Car World Cup race at Paul Ricard in the new Audi A4, which quickly became one of the dominant touring cars of the mid-1990s.

Biela also competed in the Super Tourenwagen Cup in his native Germany during 1994 and 1995; however his home championship would bring only frustration as in both years he dominated the first half of the season, only for late-season misfortunes to derail his title challenge, losing him the crown to BMW drivers Johnny Cecotto and Joachim Winkelhock respectively. During the AVUS Berlin race in September 1995, Biela's Audi struck Kieth O'dor's already accident-stranded Nissan Primera squarely on the driver's side, fatally injuring O'dor, who died later that day in a Berlin hospital.

Biela's Audi A4 of the BTCC.

For 1996, Audi decided to enter a works team of two A4s in the BTCC. Biela was selected to lead the team; alongside team-mate John Bintcliffe, the new Audi team dominated the competition. Biela comfortably won the title, finishing every single race and being classified in the top ten in all but two races (an 11th-place finish and a disqualification). He also capped an astonishing season by taking first place in the Guia Race of Macau.

Because of the Audis' dominance in 1996, the BTCC organisers imposed a heavy ballast weight "penalty" on all four-wheel-drive cars for the 1997 season. With his Audi badly handicapped by the penalty, Biela initially struggled to make a serious impact. The weight penalty was halved at the midpoint of the season, and results immediately improved to the point where Biela finished second overall to eventual champion Alain Menu. Biela then left Britain to return to the German Super Tourenwagen Cup for 1998, but was largely ineffective. He finished a lowly 14th in the final standings as the A4 (in a new two-wheel-drive racing configuration) became outclassed by rival manufacturers.[1]

In 1999, Biela abandoned touring cars in favour of joining the Audi R8 sports car project, racing under the Audi Sport Team Joest name. It was a good match, and Biela excelled in sportscar racing over the next few seasons, winning several classic events at the wheel of the R8 as well as three ALMS races. The highlight of Biela's time with the R8 team was three successive victories (2000-2002) in the 24 Hours of Le Mans alongside Emanuele Pirro and Tom Kristensen. Audi began to scale back support for the R8 programme after the 2002 season. After winning the ALMS series in 2003, Biela returned to the revamped German touring car series, driving an Audi for Joest Racing (the team which had run Biela's R8 for his three Le Mans wins); the season was not a success.

Biela continued to race an R8 at Le Mans each year with mixed results. In 2003, he missed the pit lane after just 15 laps and ran out of fuel.[2] He finished 5th and 3rd in 2004 and 2005, respectively. In December 2005 he participated in the first runs of the new Audi R10 diesel sportscar, the R8's successor. Driving an R10 (again for Team Joest) in the 2006 24 Hours of Le Mans, alongside Pirro and new team-mate Marco Werner, Biela took his fourth victory to date in the classic race. He repeated the victory with the same car and team in 2007.[3]

His greatest achievements include winning: 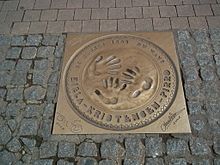 ‡ Not eligible for points due to being a guest driver.