Gibson Technology is an automotive and motorsport company based at Repton, Derbyshire, England. It was founded by Bill Gibson as "Zytek Engineering" in 1981.

Gordon Murray Design and Zytek Automotive developed an all-electric three-seater city car, the T.27, made possible through a £4.5 million (US$7.2 million in June 2010) investment from the government-backed Technology Strategy Board.[4][5] With a total cost of £9m (US$14.4 million in June 2010), the research and development project allowed the consortium to develop a prototype that was unveiled at the Royal Automobile Club in June 2011. The T.27 road debut was held in November 2011 at the RAC Future Car Challenge.[6] As of 2011, Gordon Murray Design was negotiating with three manufacturers for possible production of the T.27.[5][7]

In 1987, Zytek bought the British Alan Smith Racing outfit in order to expand its motorsports involvement. The team initially supported the Jordan Grand Prix team in Formula 3000 before the team eventually chose to concentrate on engine development. 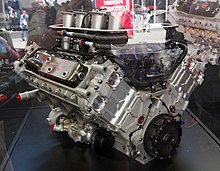