Stock Car Pro Series, formerly known as Stock Car Brasil, is a touring car auto racing series based in Brazil. It is considered the major Brazilian and South American motorsports series. Starting in 1979 with Chevrolet as the only constructor, the series has also seen other constructors joining in and leaving such as Mitsubishi, Peugeot and Volkswagen, currently the only other beside Chevrolet is Toyota. The series is composed by 12 rounds, with the most important race, the Corrida do Milhão (English: The Million Race) is worth double the points and has a prize pool of R$1 million. The competition has seen many internationally famous pilots on its ranks, such as Rubens Barrichello, Felipe Massa, Jacques Villeneuve, Lucas di Grassi, Nelson Piquet Jr., Ricardo Zonta, Tony Kanaan and António Félix da Costa.

There's also the Stock Car Light Series, serving as the access category to the Pro Series.

The series was created in 1979 to be an alternative to the former Division 1 championship that competed with Chevrolet Opala and Ford Maverick. The dominance of Chevrolet over Ford models was causing a lack of public interest and sponsors. General Motors then created a new category, with a name reminiscent of the famous NASCAR with standardized performance and improvements for all the competitors. The first race was run on 22 April 1979 at the Autódromo Internacional de Tarumã, Rio Grande do Sul with 19 cars competing, all of them 6-cylinder Chevrolet Opalas. The pole position was held by José Carlos Palhares, and the race was won by Affonso Giaffone. 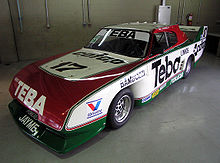 This decade saw the emergence of several rivalries between drivers. In 1982 two races were held for the first time at the Autodromo do Estoril, Portugal.

The first major change in the Stock Car standard occurred in 1987. With the support of General Motors, a fairing designed and built by coachbuilder Caio was adopted, which was adapted to the Opala's chassis. The car exhibited improved aerodynamics and performance. Safety equipment become more sophisticated. 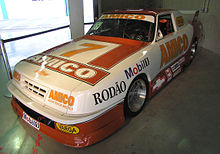 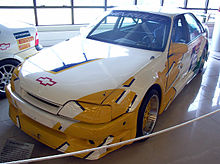 In 1990 General Motors renewed its interest in the category and built a prototype intended to replace the Caio/Hidroplas model.

In 1991 new rules were established and the races were disputed in double rounds on the weekends, with two drivers per car, but the series continued to lose ground with the public, sponsors and television networks to other championships with many manufacturers involved, such as Campeonato Brasileiro de Marcas e Pilotos that included the involvement of Chevrolet, Fiat, Ford and Volkswagen, as well as the always popular Formula racing championships.

In 1994 the championship returned to the old rules and Chevrolet announced that the Chevrolet Omega would be introduced as the new standard model. As part of a marketing strategy and in order to reduce costs, the tickets were free and the races were now held in double rounds sponsored by Brazilian Formula Chevrolet in an event called Chevrolet Challenger. This decade marked a dominant era for Ingo Hoffmann with eight titles, three in partnership with Ângelo Giombell. His only serious challenges came from Paulo Gomes in 1995 and Chico Serra in 1999.

From 2000 on, General Motors departed the series and Vicar Promoções Desportivas, owned by former racing driver Carlos Col, took over the organization. This ushered in a period of modernization and improved security as the category started to use a tubular chassis designated JL G-09. The project engineer was Edgardo Fernandez, who did something similar for the Argentina category Top Race V6, inspired by both NASCAR and the DTM. The chassis was built by Zeca Giaffone's JL Racing.

In 2003 the category replaced the Chevrolet 6-cylinder engine used with modifications since 1979 with a Chevrolet V8 imported from the United States by JL Racing, similar to the engines used by the NASCAR Busch Series. General Motors participated in the series with the Vectra.

In 2005 Mitsubishi entered the series with the Mitsubishi Lancer. 30 October of that same year marked the first race held in Argentina at Autódromo Juan y Oscar Gálvez, alongside the TC 2000 category. Attendance was 70,000. Giuliano Losacco was the winner, with Mateus Greipel second and Luciano Burti coming in third.

In 2006, Volkswagen entered in the series with the Bora and the championship adopted a point system similar to the one used in NASCAR, as well as a new system with 16 teams and 32 drivers. At the end of the season, the 10 best drivers were automatically qualified to run the 4 final races, called Super Final, similar to the Chase for the Sprint Cup. In 2007, the category gained another manufacturer with the entrance of Peugeot with its 307 Sedan. Volkswagen announced it was withdrawing from the category in 2008, with two-time champion Mitsubishi doing the same one year later.

For 2010 the category started using ethanol as fuel and engines with electronic injection.

In 2011, Peugeot re-entered the championship announced with the 408 sedan model, replacing the 307. In 2012, Chevrolet introduced the Chevrolet Sonic as its competing model. The category announced changes for 2012 season, dropping the Super Final system. The scoring system was also changed, with the top twenty drivers in each race being awarded points. For the 2016 season, General Motors announced the Chevrolet Cruze as the replacement for the Sonic. In 2017, Peugeot announced its retirement from the competition leaving Chevrolet as the lone automaker to compete in the series in which all drivers used identical Cruze models, making it a one-make style championship in South American stock car racing. Then, in 2020, Toyota Gazoo Racing entered alongside Chevrolet, fielding a regulation version of their Toyota Corolla.

Created in 1992, the Brazilian Formula Chevrolet was the Series' main support category. It used the same chassis as Formula Opel until 1994, subsequently switching to a Techspeed chassis until 2002, which was the same year the category was retired.

The Stock Car Light second tier was created in 1993, and reformulated in 2008 to become the Copa Vicar. After a merger with Pick-up Racing Brasil, the Copa Chevrolet Montana was established and standardized around the Chevrolet Montana model. Pick-up Racing Brasil was a category created in 2001 but only became part of the Stock Car Brasil programme until 2006.

The Stock Car Jr. third tier was created in 2006. It was intended for young and amateur drivers moving from Kart racing. In 2010 the category was replaced with the Mini Challenge Brasil. After three seasons it was cancelled.

Alceu Feldmann on Campo Grande Speedway with the Chevrolet Vectra, in 2011.

Luciano Burti on Campo Grande Speedway with the Peugeot 408, in 2011. 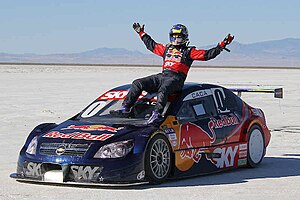 Bueno after running on the Bonneville Salt Flats.

Currently in the series

Formerly in the series

Races are held mostly on road courses, although a race was held on a street circuit in Salvador for the first time in 2009. The tracks for the 2022 season were:

There have been five fatal accidents:

The first official video game was Game Stock Car in 2011, with a followup title Stock Car Extreme launched in 2013. Both were developed by Reiza Studios.[7]

Racing simulator iRacing is slated to include the Stock Car Pro Series cars for 2022.[11]