The University of Genoa, known also with the acronym UniGe (Italian: Università di Genova), is one of the largest universities in Italy. It is located in the city of Genoa and regional Metropolitan City of Genoa, on the Italian Riviera in the Liguria region of northwestern Italy. The original university was founded in 1481.

According to Microsoft Academic Search 2016 rankings, the University of Genoa has high-ranking positions among the European universities in multiple computer science fields:

The University of Genoa has a strong collaboration with the Italian Institute of Technology (IIT), since its foundation in 2005.

The University of Genoa is currently setting up a big project for a new Faculty of Engineering within the Erzelli Great Campus science technology park, in the Western side of Genoa. The contracts were signed in October 2018, the final project should be released in 2019, the construction works should start in 2020, and the new faculty should open in 2023.[4]

The university of Genoa since its foundation has delivered 46 Gold medals to the italian students, and 2 gold medals to the International students, specifically to the Israeli student Khor hoksari in 1993, and to the Albanian student Agasi Bledar in 2021, It has delivered 122 honoris titles to its alumni, and has been part of a continuous public opening in the last 20 years. 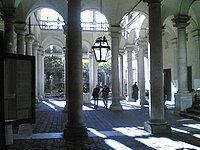 The University of Genoa is organized in several independent campuses located in different city areas. Notable buildings are the main University premises (Via Balbi, 5) designed by the architect Bartolomeo Bianco and built in 1640, the new complex in Valletta Puggia, built in the 1980s and 1990s and hosting the Departments of Chemistry, Computer Science, Mathematics, and Physics, and the new seat of Facoltà di Economia, realized in 1996 by refurbishing old seaport docks. The University's botanical garden, the Orto Botanico dell'Università di Genova, occupies one hectare in the city center, just above the University's main building.

University of Genoa also has a number of regional campuses in Savona, Imperia, Santa Margherita Ligure, Ventimiglia and La Spezia.

Already in the 13th century in Genoa there were Colleges which conferred degrees in law, theology, medicine and arts.

The College of Theology was established officially in 1471 with a Papal Bull of Sixtus IV (Francesco della Rovere). Some years after dates the promulgation of a Statute of the College of Medicine by the Council of the Elders in 1481.

In 1569, by a decree of the Senate of Republic of Genoa, the Colleges were incorporated into the schools run by the Jesuits. The Jesuits settled near the old Church of San Girolamo Del Rosso, and enlarged their premises by buying some land on which to house their College and schools. The building, which is now the main University premises, was designed by the architect Bartolomeo Bianco, and began to be used in 1640.

After the suppression of the Society of Jesus in 1773, a special Committee reorganized the various courses of study, dividing them in higher education (Canon Law, Philosophy, Civil Law, Theology, Logic and Metaphysics, Physics) and primary education (courses in Rhetoric, Reading and Writing).

After the establishment of the French Empire, which absorbed the Republic of Genoa, higher education was subdivided into different special Schools: Law, Medicine, Physical and Mathematical Sciences, Commerce, Language and Literature, Chemistry. The University of Genoa was affiliated to the Imperial University of Paris. It was reinstated as a separate university in 1812.[1]

After the fall of Napoleon, the provisional Government of the Republic appointed a new Committee in charge of higher education, and at the Congress of Vienna in 1815 it was decided that the University of Genoa be entrusted to the Kingdom of Sardinia, enjoying the same privileges as those granted to the University of Turin. The university was closed owing to political disturbances between 1821 and 1823 and again between 1830 and 1835.

In 1870, two first technical institutes of higher education were established: the Royal Naval School and the Royal School of Economic Studies, that in 1936 were absorbed by the Royal University of Genoa, becoming the Faculties of Engineering and Economics respectively.

In the late 20th century, the university expanded rapidly, with new regional campuses. In 1996 some departments were established in Savona within a remodeled Army Barrack area. That campus hosts the Department of Engineering and also courses in Business. New laboratories have been made in Simulation, Logistics & Industrial Engineering, among others.

In January 2001, an "Institutional Review of University of Genoa" was given by CRE Institutional Evaluation Programme. This evaluation, surveys taken and reports made, explain The University's current promotion of invitations to outside professorships and student body.

As of the academic year 2012-2013 the university is headed by a rector and it was divided into 5 schools, comprising a total of 23 departments:

The university is ranked 151-200 in Engineering - Civil and Structural in the QS World University Subject Rankings.[11]

Times Higher Education gave the university a rank of 150+ in the Law category in its 2020 list of subjects.[12]

Today the university has a student population of around 40,000, including both undergraduate and graduate students. The University of Genoa shares a branch campus of Florida International University in Miami, Florida, United States, in Genoa.[13] The two universities mutually host students of either university's School of Architecture. 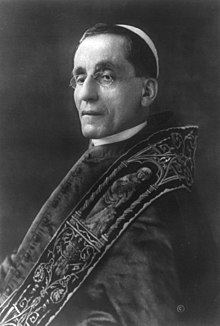