The Morris Minor is a small 4-seater car with an 850 cc engine manufactured by Morris Motors Limited from 1928 until 1934. The name was resurrected for another newer car for the same market in 1948.

Said W R Morris, "Some people think that my idea is to try to crush the Austin Seven off the market, which is absurd. But I can say this, my price will not be higher than that of the Austin Seven." Sir Herbert rejoined, "Personally, and as firms, we are on the best of terms with the Morris Company. The public will decide whose car they like best. Mr Morris's decision (to enter this sector) is no surprise to me ... I knew what was going on weeks ago."[13] 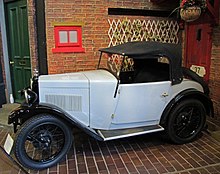 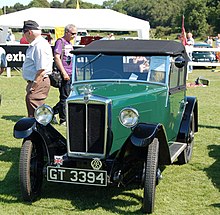 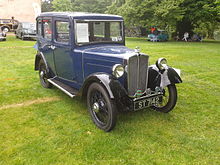