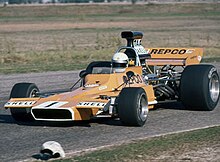 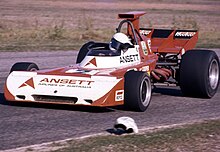 The championship was contested over a six-round series with one race per round.[4]

An additional round, scheduled to be held at Lakeside in Queensland was cancelled.[3]

Championship points were awarded on a 9-6-4-3-2-1 basis for the first six places in each race.[1] Points from the best five results could be retained by each driver.[5]