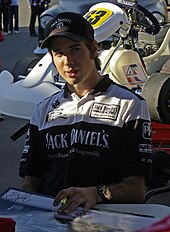 Craig Lowndes finished Runner up for the 2006 Season. 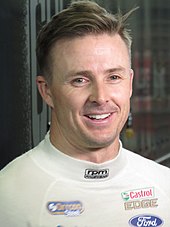 The 2006 V8 Supercar Championship Series was contested over 13 rounds. The Betta Electrical 500 and the Supercheap Auto Bathurst 1000 were endurance events which were contested over a single race with two drivers per car. The round at Winton Motor Raceway was organised as a late replacement for the cancelled V8 Supercars China Round.

The following teams and drivers competed in the 2006 V8 Supercar Championship Series.

Championship points were awarded on the following basis:[2]

Drivers were required to drop the points from their worst round up to and including Bathurst.[2]

Ford won the Manufacturers Championship, having gained the most round victories over the course of the championship.[3]

Ford won the Manufacturers Championship with its Falcon BA