Skip to content
Automotive body style
This article is about the vehicle body style in general. For "ute" vehicles produced or sold in Australia and New Zealand, see Ute (vehicle).

The term originated in the 1930s, where it was used to distinguish passenger-car-based two-door vehicles with an integrated cargo tray from traditional pickup trucks[1] that have a separate cargo bed from the passenger compartment. Since the 2000s, this type of vehicle has also been referred to as a "pick-up",[2][3] "car-based pick-up" or "car-based truck".[4][5]

In Australia, where the traditional style of coupé utility remained popular until it ceased production in 2017, it is commonly called a "ute" (pronounced [juːt]), although the term is also used there to describe traditional-style pickups.

The body style originated in Australia.[6] It was the result of a 1932 letter from the wife of a farmer in Victoria, Australia, to Ford Australia asking for "a vehicle to go to church in on a Sunday and which can carry our pigs to market on Mondays". In response, Ford designer Lew Bandt developed a vehicle to meet the client's request. Commencing in October 1933 with assistance from draftsman A. Scott,[7] Bandt used the passenger compartment and roof from the Ford V8 5 window coupe and extended the rear section using a single fixed side panel on each side, with a hinged tailgate at the rear to create the load carrying compartment. The model was released in July 1934 as the coupe utility.[7] In his book "Early Australian Automotive Design: The First Fifty Years", Australian motoring historian Norm Darwin suggests the idea was not a big leap in design from the existing roadster utility that had been produced by various manufacturers as early as 1924.[8] Darwin also suggests that the idea was being developed by other manufacturers simultaneously, as General Motors-Holden's Ltd released Bedford and Chevrolet coupe utilities in September 1934[9] only two months after Ford, with the main difference being the use of the three window coupe roof on the GM-H products. Other manufacturers were quick to follow with coupe utilities based on various passenger and light truck chassis.[10]

In North America, this idea was also trialed by some manufacturers. Studebaker created the Studebaker Coupe Express and sold it between 1937-1939.

In 1951, Holden released a model based on its 48-215 sedan, reinforcing the Australian tradition of home-grown two-door passenger-car sedan chassis based "utility" vehicles with a tray at the back, known colloquially as a ute, although the term is also applied to larger vehicles such as pickup trucks.

Although based on corresponding Chevrolet car lines, the vehicle is classified and titled in North America as a truck. GMC's badge engineered El Camino variant, the Sprint, was introduced in 1970 (for the 1971 model year). It was renamed Caballero in 1977 (for the 1978 model year), and produced until 1987.

In Spanish, el camino means "the road" and is related to the verb "caminar" (to walk). 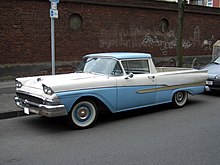 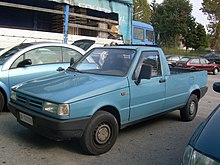 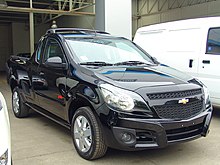 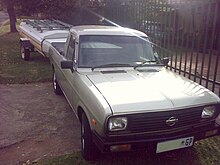 Australian Holden Kingswood, Ford Falcon and Chrysler Valiant utes were sold in South Africa as the Chevrolet El Camino,[16][17] Ford Ranchero,[18][19][20] and Valiant Rustler[21][22] respectively. Some re-badged versions of South American utes are sold in South Africa (where the term "bakkie" instead of "ute" is popular) under different names, such as the Chevrolet Montana and the Ford Courier, sold there as Chevrolet Utility[23] and Ford Bantam respectively. 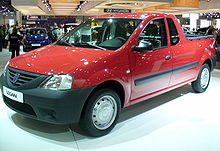 Austin Marina A coupé utility based on the 1971–1980 Morris Marina with a 1275 cc engine was badged as an Austin.[24] There were never many of these truck variants sold.

Mini Variously badged pick-up variants were built on the chassis of the Mini estate/wagon. 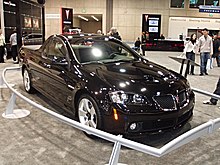