The car was officially launched on 26 October 1978 with showrooms receiving the first examples on 13 November 1978. Production of the VB only lasted seventeen months, the shortest reign of any Commodore. The VB Commodore was effectively the successor of the Holden HZ, although most models in that series continued to be produced until the introduction of the facelifted VC Commodore on 30 March 1980.

95,906 units of the VB Commodore were manufactured during the car's lifespan, and during 1979 the VB became Australia's number one selling car. Also in 1979, the VB won Wheels Car of the Year award, with the car being praised in the media for its value for money and engineering sophistication.

The VB Commodore was loosely based on the 1977 Opel Rekord E bodyshell but with the front grafted on from the Opel Senator to accommodate the larger Holden six-cylinder and V8 engines, giving it a similar appearance to the Opel Commodore, the Vauxhall Viceroy, sold in the UK and the Chevrolet Commodore, sold in South Africa. Overall, the body was strengthened substantially to withstand the harsh conditions of the Australian outback. Total cost of development is reported to be over A$110 million.[1]

The Commodore represented a major shift in thinking for Holden since it was significantly smaller than the previous full-size family car, the Holden Kingswood, but visually similar in size to the mid-size Torana / Sunbird sedans. It essentially came about in response to the 1973 oil crisis and the need to produce more fuel-efficient cars. Holden, hedging their bets, initially built the Commodore alongside the other two established body styles, until the Torana was dropped in mid-1979, with only the Sunbird surviving into mid-1980 following release of the updated VC Commodore. The VB was available in three specification levels: Commodore, Commodore SL, and Commodore SL/E. A station wagon variant – not available in SL/E form – was released on 24 July 1979, hitting showrooms on 6 August 1979. It featured a large cargo area and an easy access one-piece lift-up tailgate.[citation needed] As the wagon-specific sheet metal had to be imported from Germany (from the Rekord), the wagon suffered from inevitable component differences from the sedan, confirmed by the separate keys for the ignition system and rear door.[2][3]

The OHV engines were largely carried over from the Kingswood: a 2.85-litre 64-kilowatt (86 hp) straight-six, 3.3-litre 71-kilowatt (96 hp) straight-six, 4.2-litre 87-kilowatt (117 hp) V8, which was also available with dual exhausts to produce 96 kilowatts (129 hp) of power, and a 5.0-litre 114-kilowatt (153 hp) V8, which in dual exhaust form was rated at 125 kilowatts (168 hp). The engine blocks on these motors were painted red and are therefore commonly referred to as the Red motors. The VB was also available with either a four-speed manual transmission or a three-speed Trimatic automatic transmission, or the Turbo-Hydramatic 350/400 automatic transmission with the 5.0-litre V8.

All V8's came with power steering. On the station wagon, there was no 15x6 inch alloy wheels option.

The Commodore was the baseline variant, and was available as a sedan or station wagon. The sedan was priced from A$6,513.

The Commodore SL was the mid-spec variant, and was available as a sedan or station wagon. The sedan was priced from A$7,813. 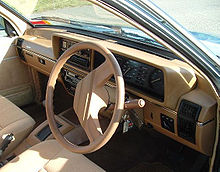 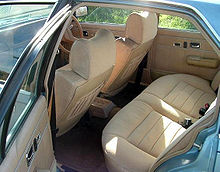 The Commodore SL/E was the top-of-the-line variant. It was available as a sedan only, and was priced from A$10,513.

The VB Commodore featured heavily in Australian motorsport in the latter part of 1979 and through most of 1980.

In 1979 the factory backed Holden Dealer Team entered a three-car VB Commodore team in the 20,000-kilometre (12,000 mi) Repco Round Australia Trial which started and finished at the Royal Melbourne Showgrounds and travelled clockwise around the country over some of the most inhospitable terrain imaginable. The team Commodore's were powered by the 3.3-litre straight-six Holden Red motor rather than the more powerful V8 due to their much lighter weight. Anxious to prove the then new cars reliability, the cars were perfectly prepared and finished first, second and third. Lead HDT driver Peter Brock won the event along with co-drivers Matt Phillip and Noel Richards. Brock has cited this event as his career highlight as it was an event in which many motor racing experts throughout Australia, as well as the media, did not believe he would do well in despite his previous rally and rallycross exploits.

With new regulations for Group C Touring car racing introduced by the Confederation of Australian Motor Sport in 1980 which forced teams to use low emission engines, the HDT (by now owned by Brock and with actual support from Holden dealers after Holden had pulled out of racing at the end of 1979) had been secretly testing a VB Commodore as its replacement for the A9X Torana. The new regulations saw that the Holden's racing 5.0-litre V8 engine had a drop in power from 1979's 380 hp (283 kW) to approximately 300 hp (224 kW). However, the new regulations also saw to it that the HDT had arguably the only race ready car for the 1980 Australian Touring Car Championship. Peter Brock won the championship in his VB Commodore, winning four of the eight rounds while claiming pole position at each and every round. 1979 ATCC winner Bob Morris also won a round of the championship driving his Craven Mild Racing VB Commodore.

Brock then won the 1980 CRC 300 at Sydney's Amaroo Park circuit before upgrading to the VC Commodore by the Hang Ten 400 at Sandown Raceway. The VB's final placing in an Australian touring car race was a strong third place by Ian "Pete" Geoghegan and Paul Gulson at the 1980 Bathurst 1000 at Bathurst (Brock and Jim Richards won their third straight Bathurst 1000 in their VC Commodore).

The VB is only one of two Commodore models (along with the VN) not to have won the Bathurst 1000.