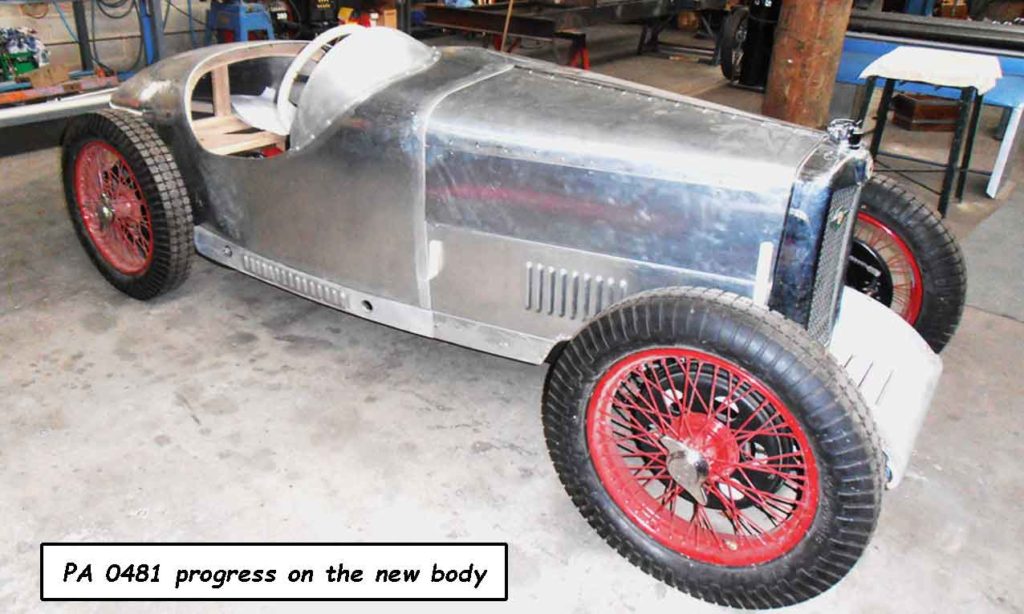 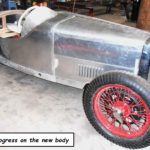 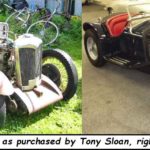 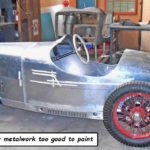 History: as written by Tony Sloan.

Noel Dwyer purchased the car in 1958 so it’s possible that I am only the 4th owner. Various rumors of the car’s existence surfaced from time to time and Alan Bail felt confident enough to include it on the Register.

The car was incomplete when purchased by Noel and I suspect that his preference was for an engineless car as, being a Riley fan, his object was to construct a faux Imp.

He purchased several Riley motors in 1959 and assembled what he considered the best combination which he installed in PA 0481.  His best combination consisted of a late (1934) Riley 9 motor (Engine Number 43456) with an ENV type 75 pre-selector gearbox and magneto ignition from a much earlier Riley.

He drove the car briefly in 1959 but other projects interfered and no further work was done.

After a couple of house moves PA 0481 ended up in the backyard of 13 Well Street Brighton with what could only be called occasional shelter.

Since 1981 I have visited Noel on a couple of occasions firstly to determine if the car actually existed and to find out what chassis number was and secondly to keep him in touch with Register activities.  At the time I told Noel that if he ever wanted to sell I would be interested in continuing what he had started in 1959.

Noel died last year and his family contacted me from details that he had left in his M.G. file.  We were able to come to a suitable agreement and the car now resides with me at Warrandyte.

As you can see from the photo much needs to be done however the chassis is in original condition still fitted with cable brakes and having all the right cross members/fittings etc. etc. etc.

Noel has done an extremely well thought out installation of the motor and gearbox and the mountings will only require aesthetic modification.

Body panels are nonexistent or severely attacked by tin worm and so a new lightweight body will be constructed.

I am committed to the path established by Noel as indeed the car has had a Riley motor much longer that the original. The only deviation that I will take from Noel’s intended path will be the fitting of a M.G. radiator and shell.  I feel that the car is very much an M.G. with an alternative power plant that I, as a Riley enthusiast in another time, consider very suitable.

Further details will, I am sure, come to light and I will produce occasional progress reports. The restoration is very much a joint affair with my son Matthew and fortunately our visions of the completed car are very similar.  Tony Sloan.