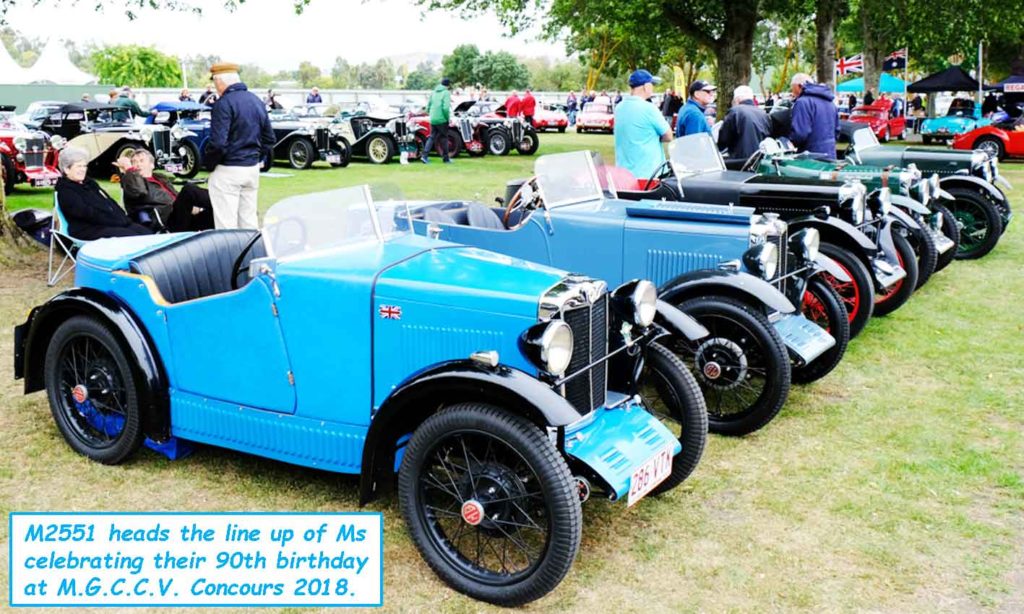 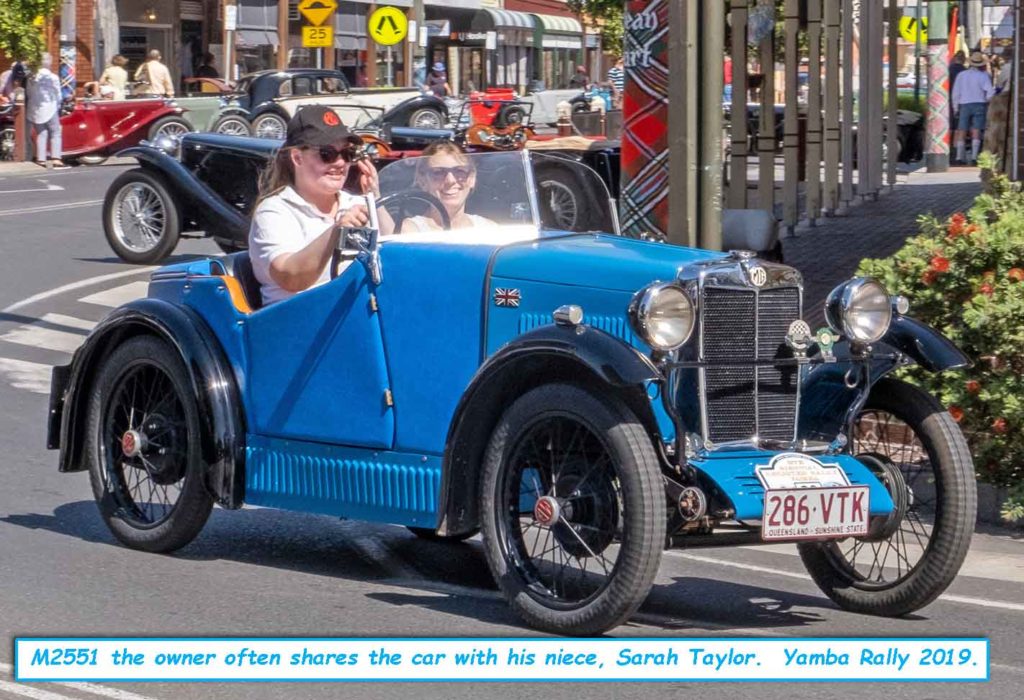 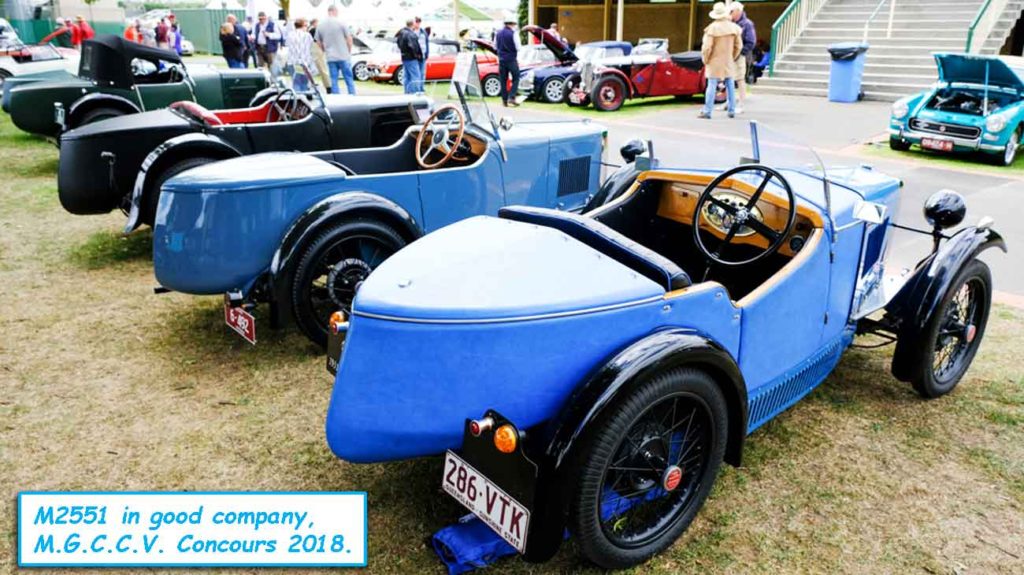 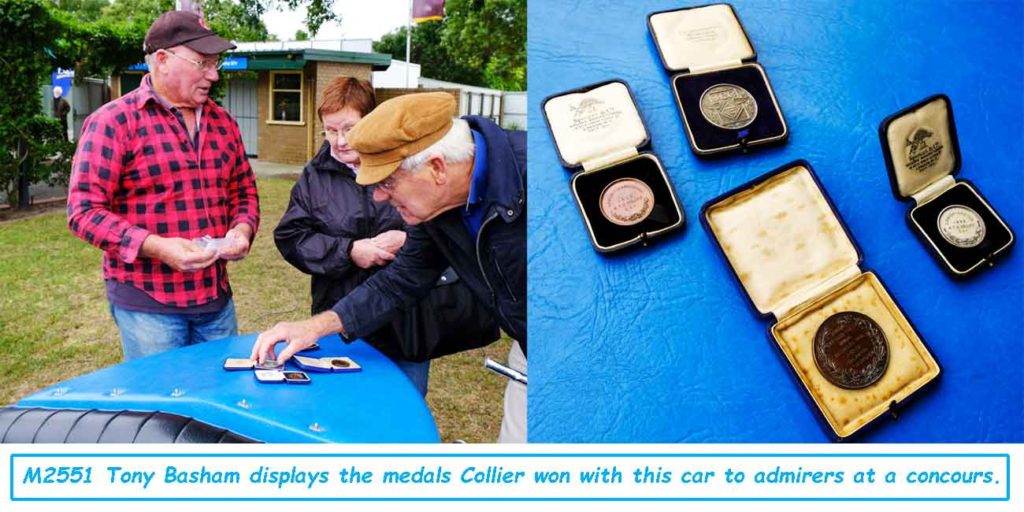 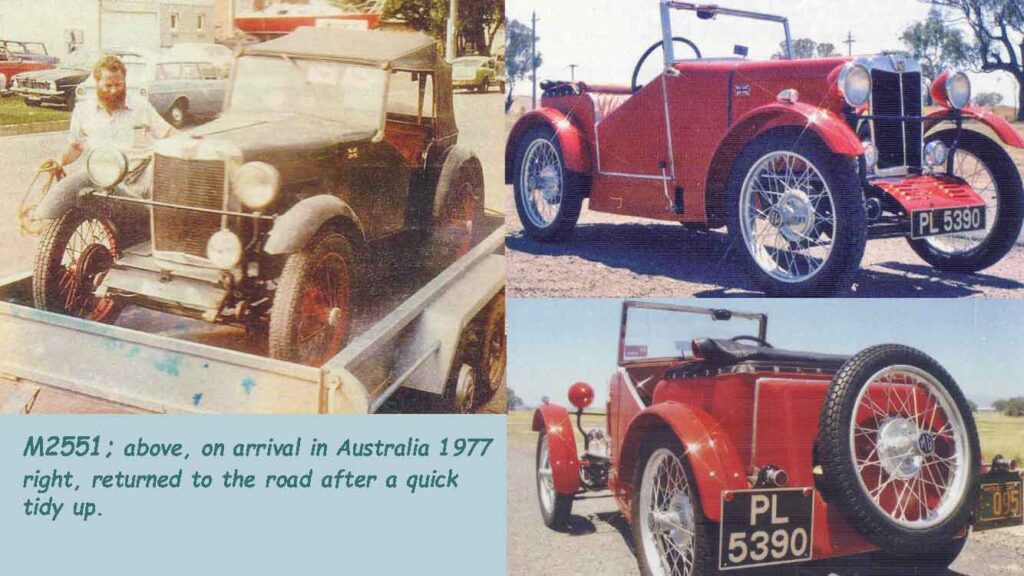 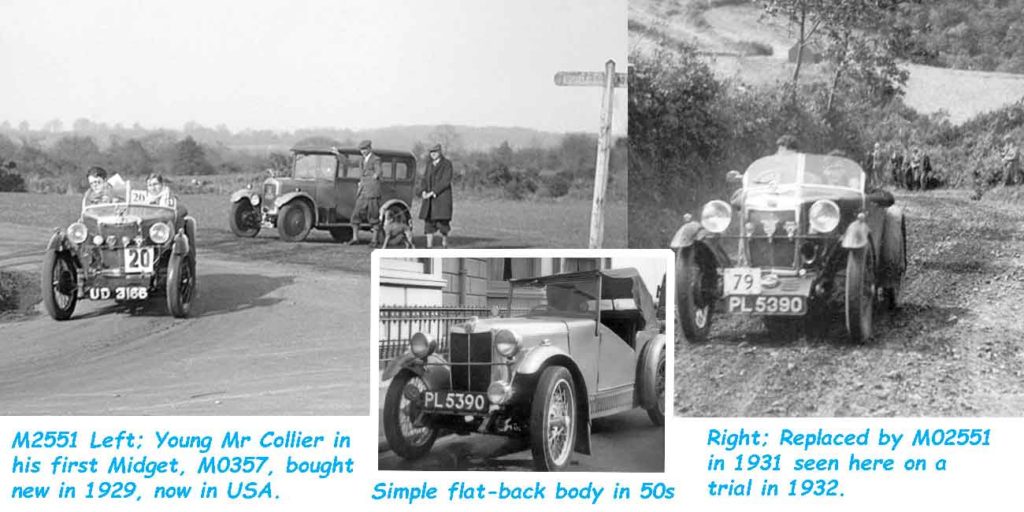 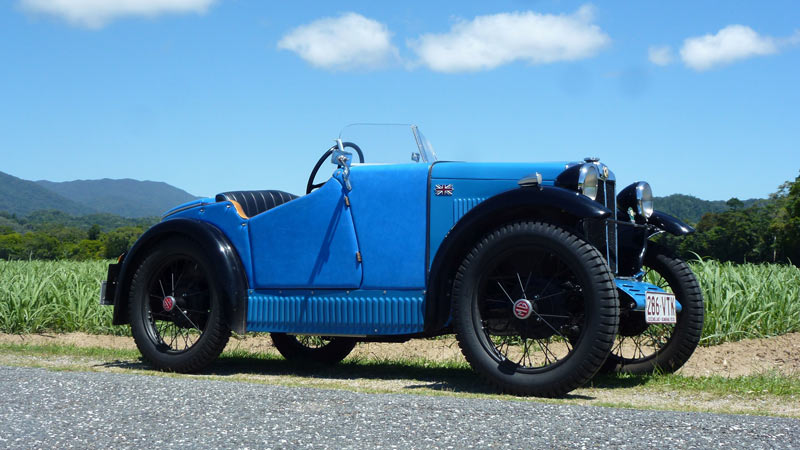 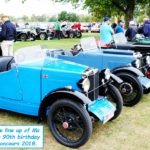 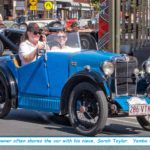 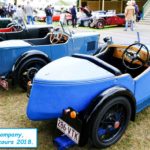 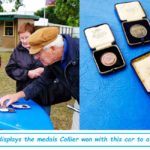 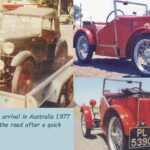 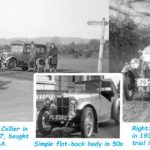 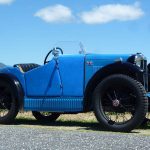 Information: Built 29 Jan 1931 as a 2-seat roadster for the home market with a  black fabric covered body.

March 1931.  Purchased by Michael Collier for £160, the car having covered only 564 miles.  This was his second Midget; Collier kept it for approx. 18 months and covered 36,000 miles.  In his notes he remarks on the car’s reliability (only failure a broken rear axle) but also a lack of performance.

(* Owner in possession of these medals)

Navigator was John Dugdale, a writer for Autocar magazine and later of British Leyland Motors USA.

Sold end of 1932 for £80 to Mabel Bourne, Hairdresser of Crowthorne, Berkshire.  Possibly married to a Mr Sworder.

May 1977, bought by Colin Dennett from an importer in Sydney Australia.  Came fitted with a modified body, slab style rear and one piece windscreen.

1982 fitted with an original style boat tail body made by “Specialist Ash Bodies” in Littleport, UK.

November 2014, purchased by Tony Basham, to undergo a significant refurbishment and returned to road going condition.