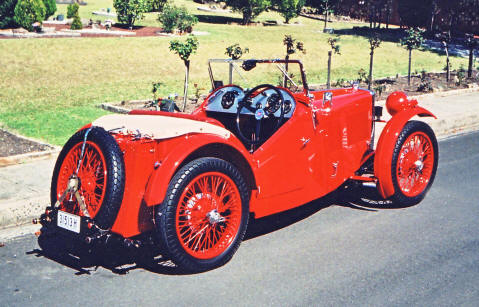 This J2 came off  the assembly line on the 20th of May 1933, and was imported from the United Kingdom in 1979. John Holliday purchased the car in 1985 and over a period of six years undertook a total restoration back to the original specifications (with the exception of fitting a counter balanced crankshaft).