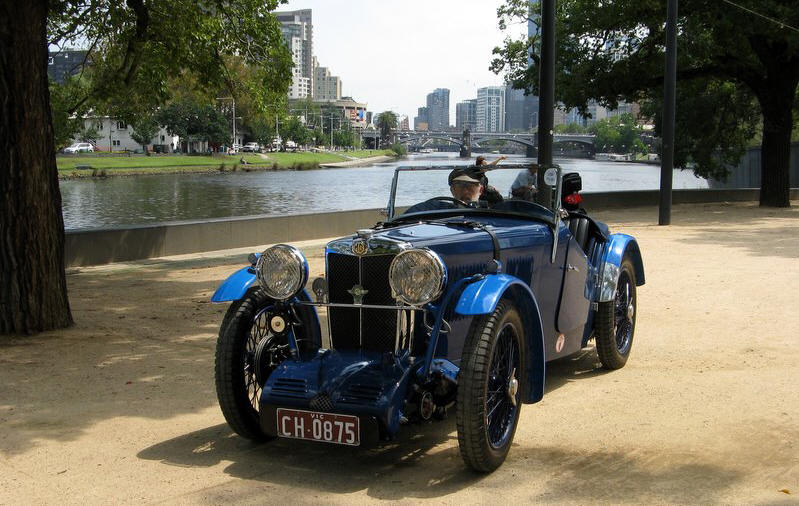 There are no known records of the cars early years in the UK. It was exported to Australia in 1934 and first registered in Victoria on 14 February 1935, almost exactly two years after it left the factory. The car was blue originally and seems to have stayed that colour until the late 30’s / early 40’s.

The original Australian owner is not known, but could have been Hope Bartlett (from NSW) or Bert Oliver (Vic). During these first few years it was probable that the car raced and entered numerous sporting events often as part of the Britannia Motors Team.

Based on some contemporary records and the recollections of some of the subsequent owners, the following are some of the cars early sporting activities.

1936 ???        Lobethal, South Australia. According to the cars owner in the early 40’s (A Bird from Balliang Victoria) the car recorded a lap record at this track.

From the Britannia Motors records, Bert Oliver sold the car on 26 November 1937 for 117 Pounds. The car hung around for a while, acquiring a new piston in number 4 cylinder, headlamp, re-upholstered seats, 2 L type dash lamps, re-bush starter motor etc and being re registered DC 383 (Victoria). It was finally sold on 16 August 1938 to John Barraclough in Sydney who competed in it for a short period, the only known event being;

finishing up in a totally dismantled state under Bill Gibson’s house and some bits in his uncle’s chook shed near Bacchus Marsh.

Ed Taylor purchased the car in this state in 1969 recovering all but the original blower and a number of engine components.

An Arnott blower was obtained from Geoff Coles and a full restoration was undertaken.

The car is fundamentally original and has all major original components and Ed uses the car at every possible occasion and it has a very successful current competition record. 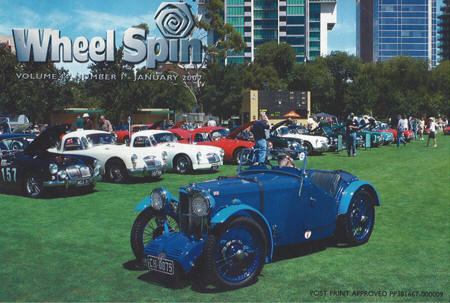