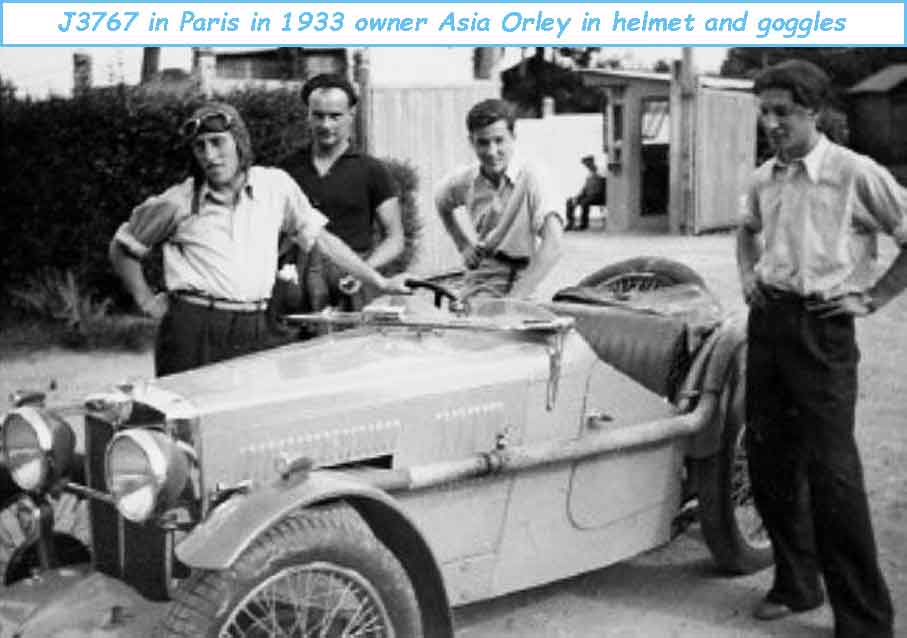 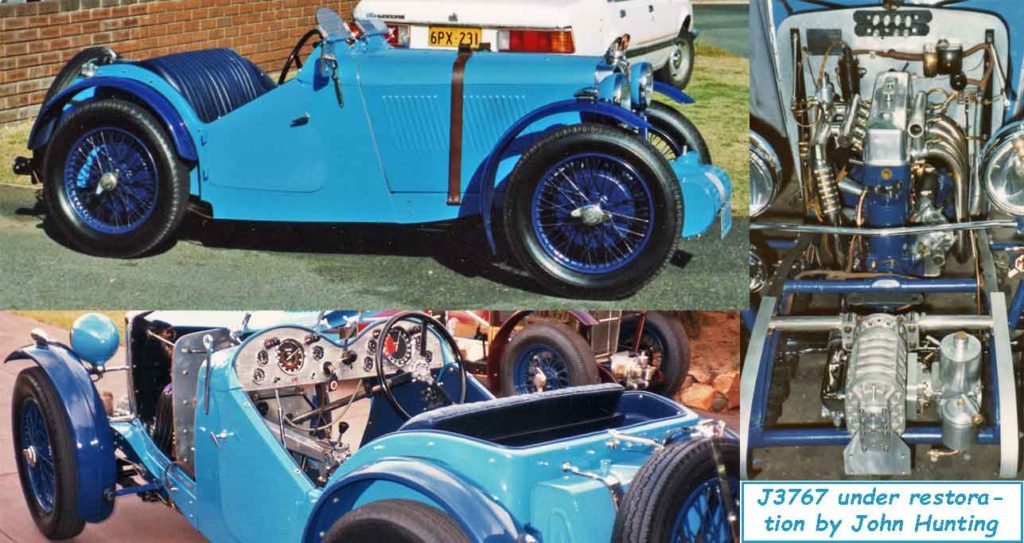 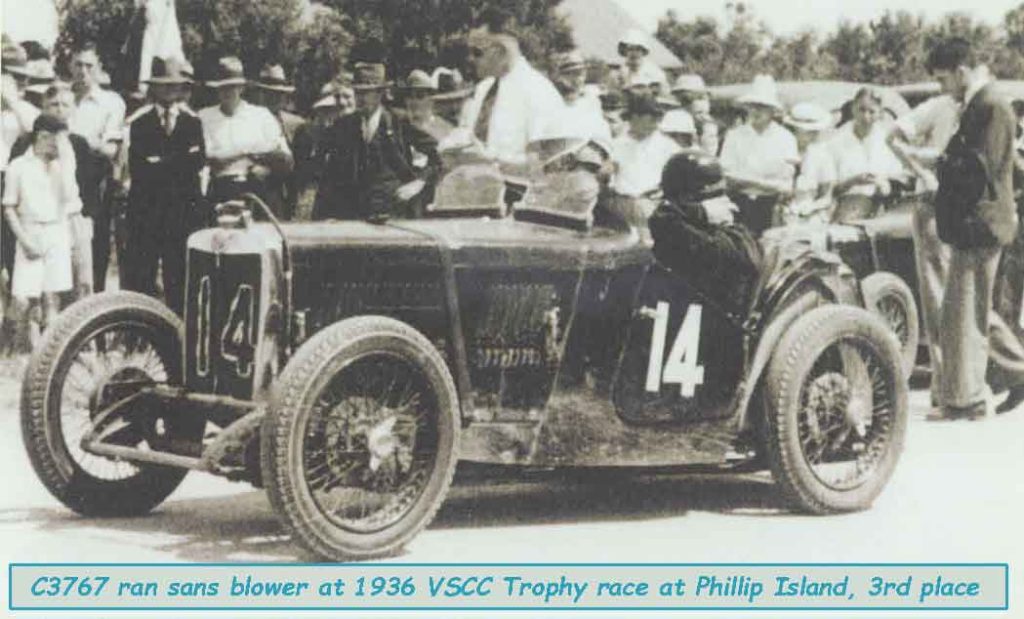 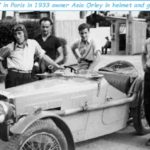 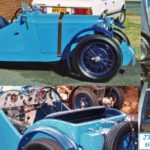 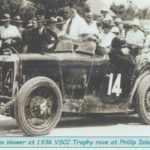 The first recorded owner of J3767 was Asia Owczarow an aristocratic Russian Jew living in Paris.  He is known to have owned this J3, QA0252 and K3011.  He used a number of aliases to conceal his motor racing from his parents who were unknowingly funding his activities.  There is an entry for the 750cc class 1934 Bol d’Or in the name of Orwy which is thought to be another of his pseudonyms and may have been an entry for this car.

The car was imported into Australia by Britannia Motors in 1934.  In 1935 it was acquired by Hugh R Syme, son of David Syme, proprieter of The Age newspaper in Melbourne.  Syme was a keen racer but left the driving to others, usually Tom Hollinrake, while he occupied the riding mechanic’s seat.  He also used pseudonyms on the entry list to hide his activities from his family; sometimes using Randell (his middle name) as his surname.