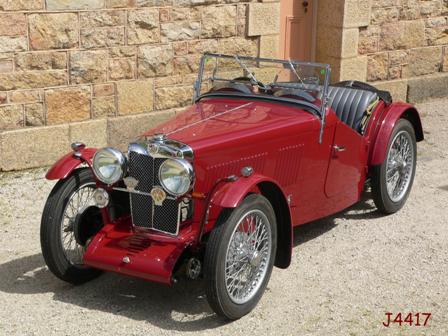 Don Smyth purchased the chassis and a trailer full of bits which proved to be liberally laced with TC parts and embarked upon a massive restoration.

He was fortunate to obtain a gear box in pieces, a block and a lot more bits from Graeme Jackson, plus a lot of help and encouragement from Glenn Bishop.

The restoration took 4 1⁄2 years and was completed just prior to the Beechworth event.