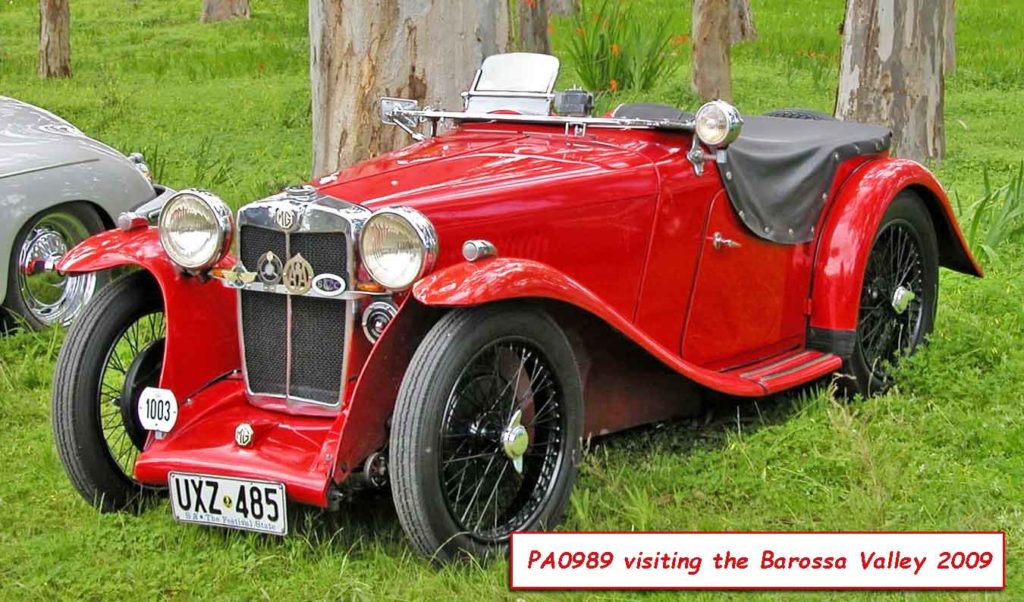 Dispatched from Abindon May 1934 as CKD destined for Australia.

History: Earliest record is registration in Victoria in the early 50s number GOC 152 recorded as a 2-seater.  Later re-registered HCN 280, then in 1960 re-registered again HKB 990 this time fitted with a Wolseley engine.

In 1970 Wes Southgate bought PA1299 however his enjoyment was cut short by a serious accident in 1971.  While recuperating after release from hospital Wes spotted an advert placed by John Trapp for PA0989 now fitted with a Morris Minor engine.

Wes undertook a rebuild combining the rolling chassis of PA0989 with the engine and gearbox from PA1299 and a rebuilt body. In this form Wes regularly participated in M.G. Car Club events until his death in 2017.

The car is now held by the Southgate Estate and used by Michael, his son.