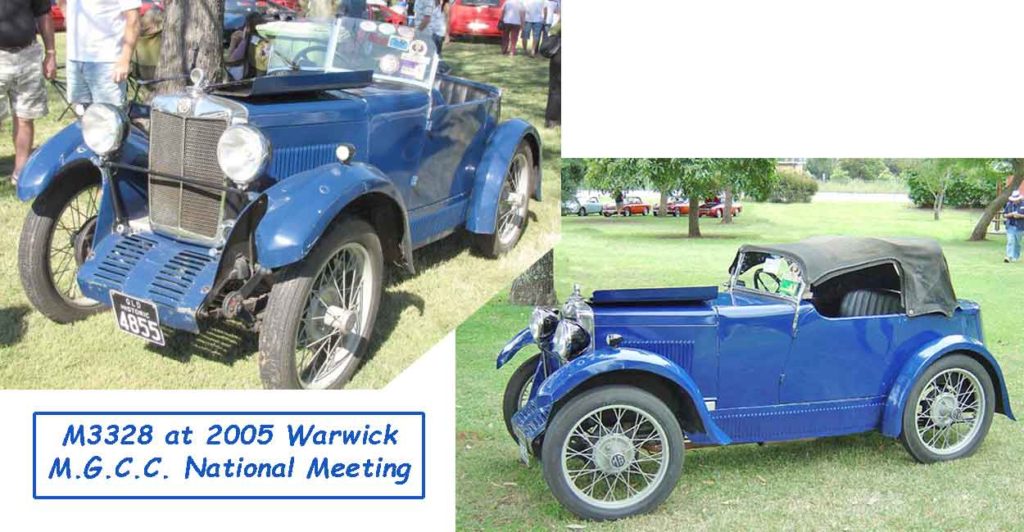 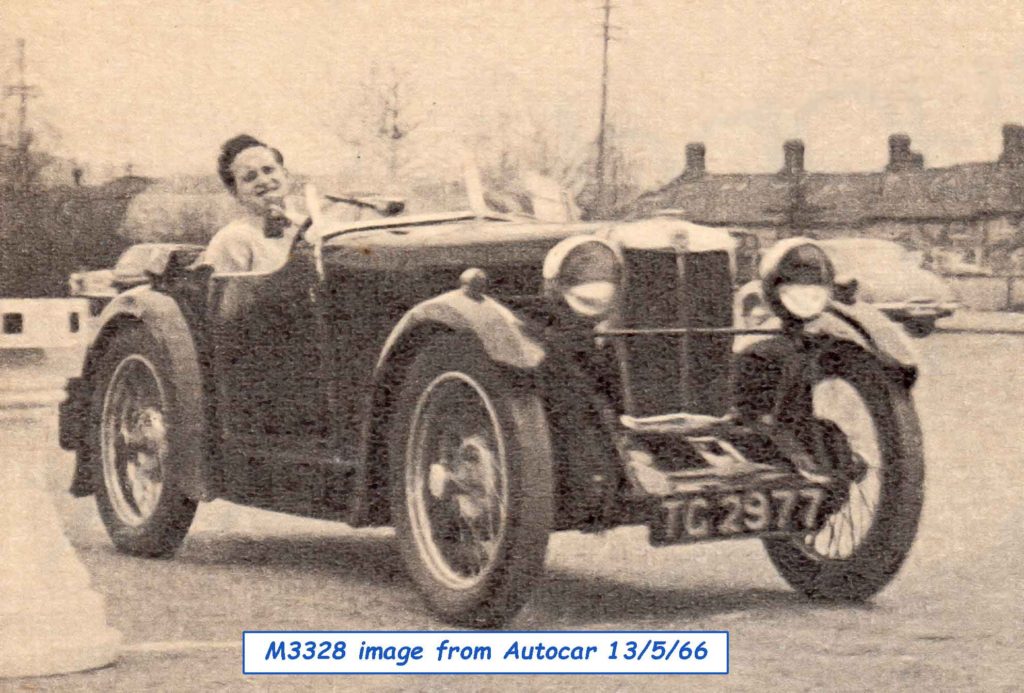 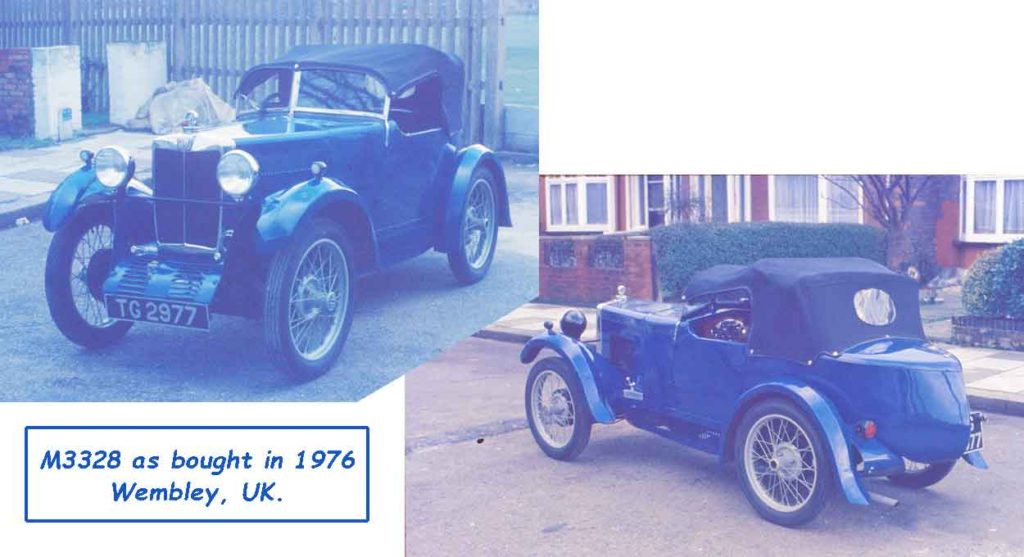 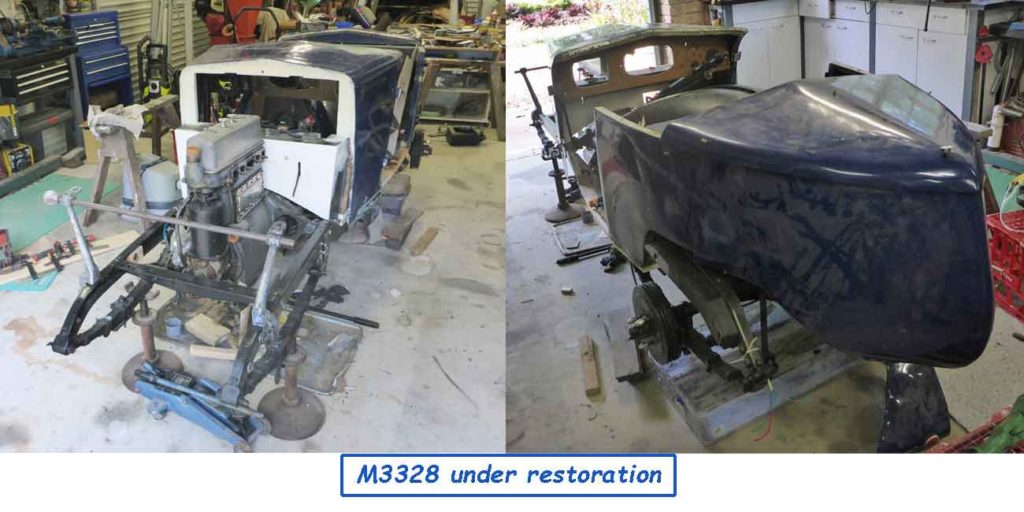 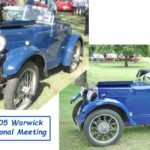 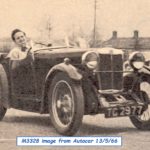 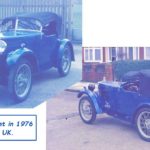 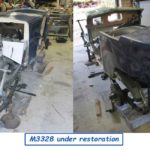 (all from original M.G. Car Company records held by the Triple M Register)

Nothing further known about car until July 1950 as original log book lost.

?        :- Car sold to Elizabeth Shute, Wellington, UK (near Taunton) Registration not transferred at this time.

(all from No.2 Continuation Log Book, 2nd & 3rd dates not readable.  Triple M Register has a photo in their archives from 13th May 1966 Autocar magazine of car competing in a motorcross in the early 1960s, probably during Keith Hicks ownership.)

Car was restored while in the Shute’s ownership & believed registered for a period during 1974 – 75.

1984 Due to transfer to Darwin car placed in the National Car Museum, Launceston were it remained until April 2002.

Note:- this car has previously been recorded as M2824; the mix-up in chassis numbers was from the Triple M Register records, David Shute owned part of 2M 2824 as well as 2M 3328 & the Triple M registered both cars under 2M 2824.  The situation is not helped by the fact that the actual chassis has no number stamped on the dumb iron (G.W. had a police forensic officer try but he found nothing).  It appears that this part of the chassis was damaged (there is some evidence of straightening and the rivets on the cross member have been replaced by bolts on that side) & the dumb iron replaced.

The present M Registrar for the Triple M Register had G.W. check a number of things on the car & came to the conclusion that the majority of the chassis was 2M 3328 & recorded this on their records.  The engine number 3084 is the original for 2M 3328.