The following is a list of road cars manufactured by Italian sports car manufacturer Ferrari, dating back to the 1950s (Race cars from the late 1940s). 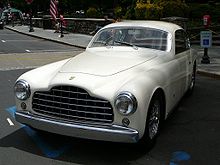 Ferrari's first road cars ever produced were V12 grand tourers. This type of car was discontinued in 1973 in favour of mid-engined 12-cylinder sports cars, later brought back in 1996 with the 550 Maranello and made ever since. 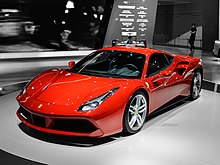 The Dino was the first mid-engined road car designed and produced by Ferrari. This layout would go on to be used in most Ferraris of the 1980s and 1990s. V6 and V8 Ferrari models make up well over half of the marque's total production.

For a time, Ferrari built 2+2 versions of its mid-engined V8 cars. Although they looked quite different from their 2-seat counterparts, both GT4 and Mondial were closely related to the 308 GTB.

The cars mark the start of a new lineage of models called the "Icona" series, a program aimed at creating special cars inspired by classic Ferrari models, all to be produced in limited series.

The pinnacle of the company's road cars are supercars produced in limited numbers; 288 GTO was initially designed for racing homologation. 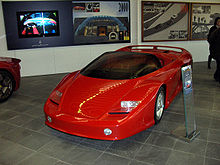 If the car is commissioned by someone, it's not a concept, it's a one-off.