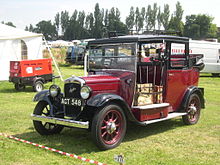 During the first half of the 20th century, taxicabs were often landaulets, with models such as the Austin 12/4 and the Checker Model G and early Checker Model A being a common sight in larger cities. 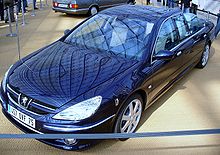 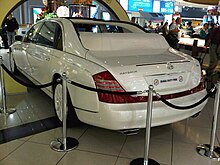 In 2011, a Lexus LS 600h L landaulet was created for use at the wedding of Albert II, Prince of Monaco, and Charlene Wittstock.[10] The car was used to transport the couple on the day of their wedding, and afterwards put on display at the Oceanographic Museum in Monaco.[10]

The Maybach division of Daimler AG showed a Maybach 62 landaulet concept car at the Middle East International Auto Show in November 2007.[11] They added the landaulet to their 2009 model line.[12]