The Longford Circuit was a temporary motor racing course laid out on public roads at Longford, 23 kilometres (14 mi) south-west of Launceston in Tasmania, Australia.[1] It was located on the northern edges of the town and its 7 km lap passed under a railway line viaduct, crossed the South Esk River via the wooden Kings Bridge, turned hard right at the doorstep of the Longford Hotel, passed over the railway line using a level crossing and traversed the South Esk again via another wooden structure, the Long Bridge.[1]

The new outright lap record of 2:12.6 set by New Zealand’s Chris Amon in a Ferrari P4 sports car at the final meeting was, with an average lap speed of 122.2 mph (196.62 km/h), the fastest lap record for any Australian motor racing circuit and would remain so until the opening of the new Calder Park Thunderdome in Melbourne in 1987, though unlike Longford which is a road circuit, the Thunderdome is a 1.8 km (1.1 mi) high-banked (24° in the turns) quad-oval speedway. Longford would continue as Australia's fastest road racing circuit until the Formula One series moved to the new Albert Park Grand Prix Circuit in Melbourne in 1996.[1] 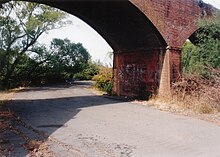 There is little left of the original track as the two bridges have long been demolished and a highway now intersects the network of roads on which the circuit was laid out.

Motor sport returned to Longford in 2011 with the first running of the Longford Revival Festival which takes place on Pateena Road (The Flying Mile). There drivers get to run their cars, both road cars and historic race cars, down The Flying Mile.[2]