In early 2011, the circuit received funding for a $9 million upgrade, with the New South Wales Government providing $7 million and the Australian Racing Drivers Club funding the other $2 million.[7] The upgrade reconfigured the circuit into four layouts, with two able to be operated at the same time, with a total length of 4.5 kilometres. The upgrade also included an additional pit lane facility to cater for the new configuration, a new race control tower and new amenities buildings.[2] Work on the upgrades began in June 2011, with a new piece of road joining turns four and nine.[8] This link road, finished in October 2011, created the new "Druitt Circuit", also known as the North Circuit.[9] The 830-metre extension on the south-eastern part of the circuit was completed in May 2012 to create the new "Amaroo Circuit" (or South Circuit). On 21 May 2012, the circuit was renamed from Eastern Creek International Raceway to Sydney Motorsport Park.[10] Construction of the new pit lane between turns four and five also began at this time. 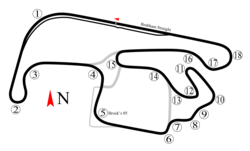 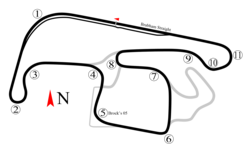 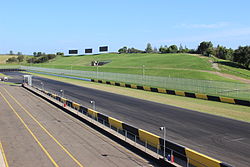 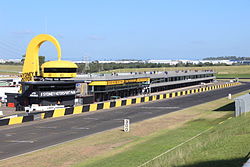 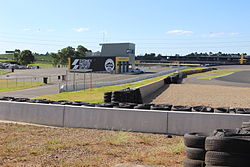 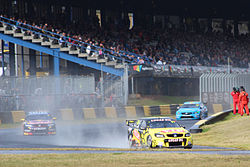 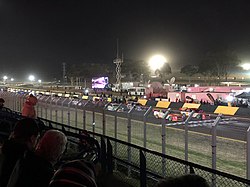 Former Formula One driver Mark Webber drove a Red Bull Racing RB7 Formula One car during the Top Gear Festival at the circuit in March 2014 and set a time of 1:11.2330. However, as this time was not recorded during a race, it does not count as a lap record.[20]

Unless otherwise stated, all records shown are for the original Gardner (Grand Prix) Circuit.