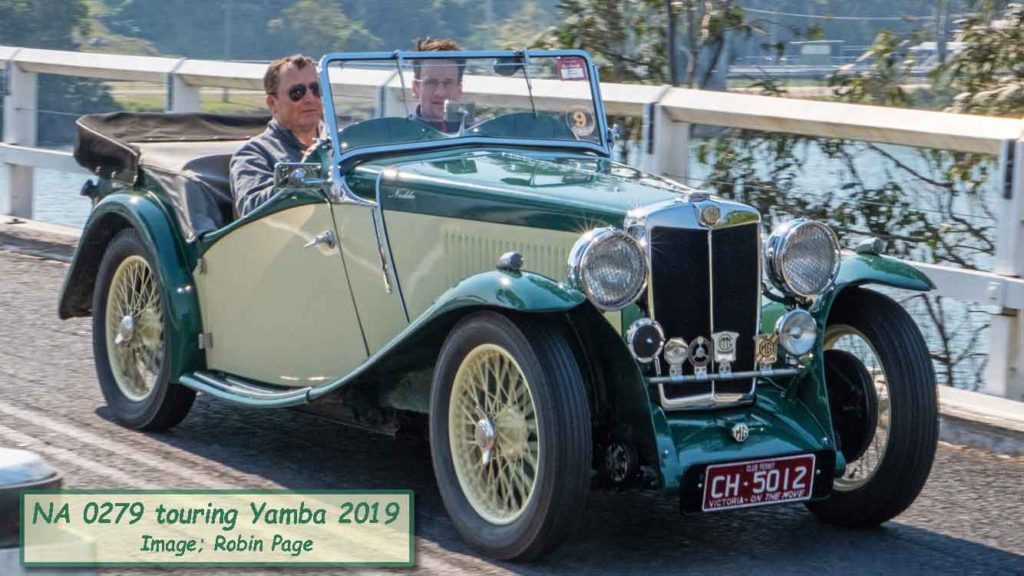 The car was first registered in September of 1934 with the ‘personal’ number 5-628 which it retained until 1943.  By that time the car had passed into the hands of Arthur Clarke; a mature age engineering student at Melbourne Uni and a founding member of the University Car Club (along with Bob Manser NA 0281 and Neville Chamberlain NA 550).  Clarke had previously won the 1935 LCCA 24-hour trial driving PA 1299 with Miss Nell Marrie.

Clarke supercharged the car and competed in the 1939 University Trial.  Just before completing his degree in 1941 the car stripped its differential and was therefore placed in storage at his St Kilda home.  He joined the Australian Army as an Engineer almost immediately after graduating, surviving the war having attained the rank of Captain.

Post war he was too busy to get the car back on the road and it stayed in his garage where it was spotted by Meyer Steinberg in 1954.  Clarke was reluctant to sell the car then but in 1964 was moving house and his new address did not have a garage and so agreed to sell the car the Meyer and his brother for ￡90. 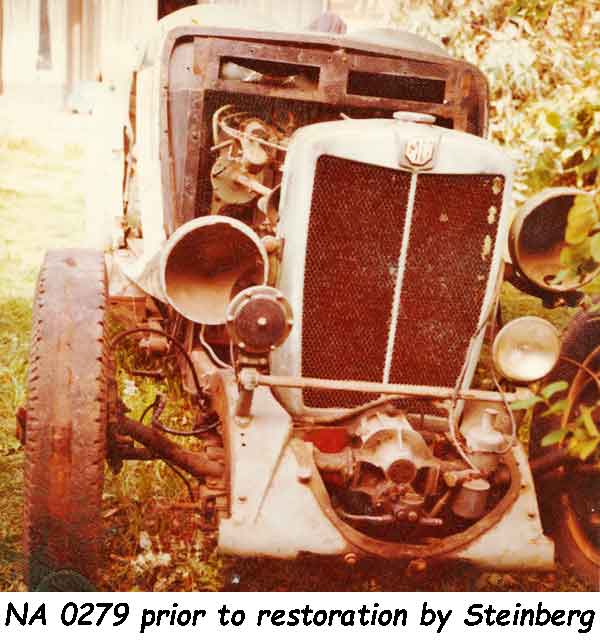 The car sat waiting until the 1970s when Steinberg, with advice from Bruce Walton (of hill climbing fame), proceeded with a comprehensive restoration.  The body being attended to by Charles Fringleton (of Olinda) in ’71-72 and the engine by John Norton. Final restoration was completed by Peter Todd of Moorabbin and after an initial slow start, the car finally returned to the road in 1982 registered BJF 096.

While the restoration was generally faithful, some minor changes were made due to the loss of parts during dispute(s) with the restorer(s) and the difficulty of acquiring new parts in the late ‘70s and early ‘80s.  The upholstery was changed from the original green to tan during this period as a suitable green was not available.

The car was restored with the supercharger in situ but poor performance resulted in this being removed and replaced with the factory twin 1 1/8” SU carburetors.

The car was little seen in the mid ‘90s and was finally purchased by the current owner in 1999 after protracted negotiations.

After significant work to return the car to factory standard condition, NA 0279 has enjoyed a new lease of life and is regularly used.

An ENV 75 preselector gear box (which was a factory option on N types) is currently being used in place of the original “crash” box while the later awaits rebuilding.