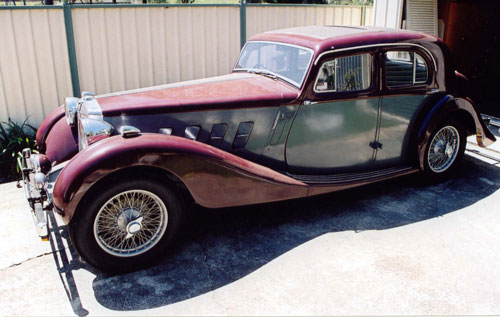 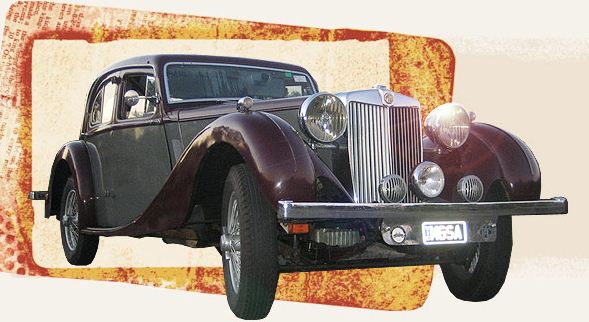 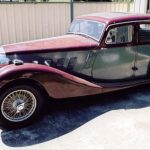 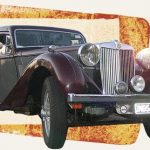 SA 0945 This is no ordinary MG Saloon

Underneath the mild mannered coachwork lies a highly modified pre War MG.  It started off life as an early model (694th produced on the line 1936) SA Saloon, and on the outside not much difference, except the hint of extra 30mm of ground clearance.  In order to tackle the gruelling endurance rally event, especially the 10 days crossing the Gobi Desert, we have relied on the notes supplied by the Endurance Rally Association, as well as expert advice from Plus Four and other specialists listed in the thank you page.

Modifications to  SA0945 include:

In the end – what do we have – we have an engine that chugs along very sweetly.  It is a long stroke motor, and as a consequence, it is low revving and very very torquey.  Whilst it is not a diesel engine, it sure feels that way… and the car will start in 4th gear if required.

In the testing phase – the Riley gearbox caused a problem with the MG dipstick interfering with the gear selector… so we drove around for a month without second gear.  I feel confident that we could drive across the Gobi without second, as the engine is happy working at 2,000 to 2,500 revs which is about 60 kph to 75 kph per hour.

Top Speed – who knows ?  SA 0945  is due to go on the racetrack at the Australian Easter National Meeting in Adelaide, so watch the updates for this.  I can state that at just 0ver 3,ooo rpm the cars sits nicely on 110 kph… but speed is not essential.

Bottom Line – this is not a fast car, this is an engine which will start every day, and a suspension, cooling, electrical and mechanical system that will keep the car going – and it is up to the driver to make sure it is not human interference (ie brain fade) to cause the car to stop.

To the women folk who have read this far… don’t you just feel the love ?