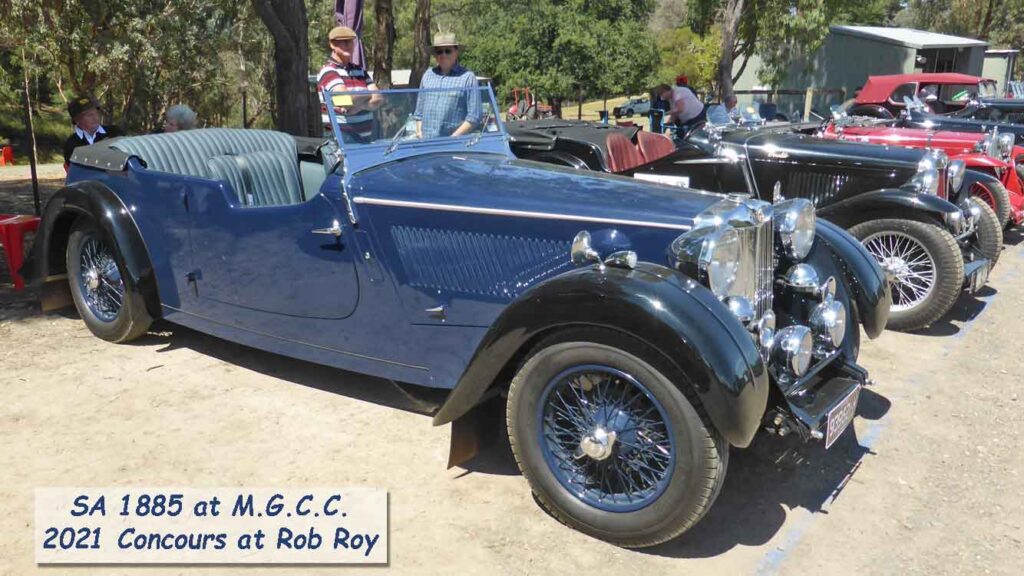 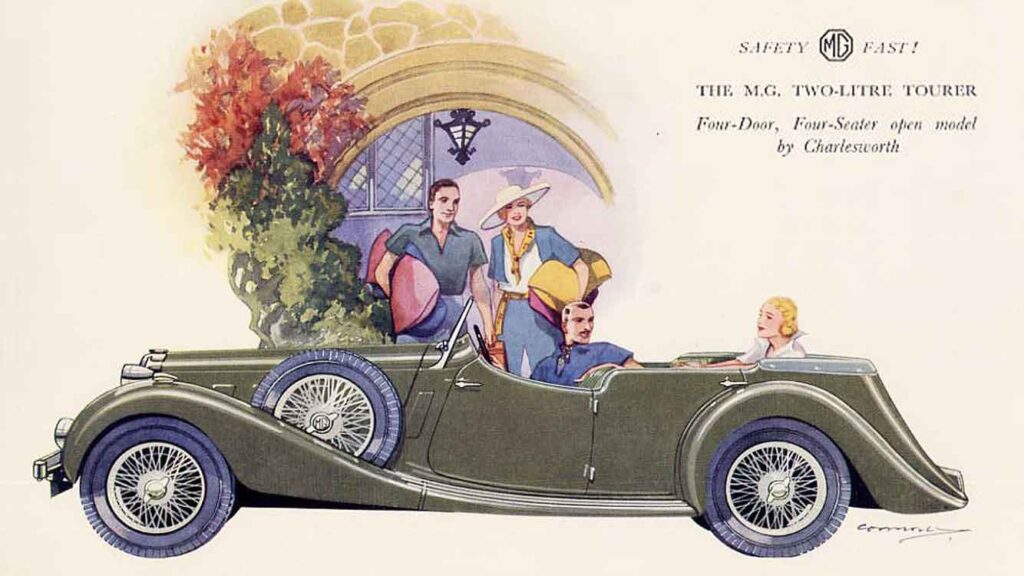 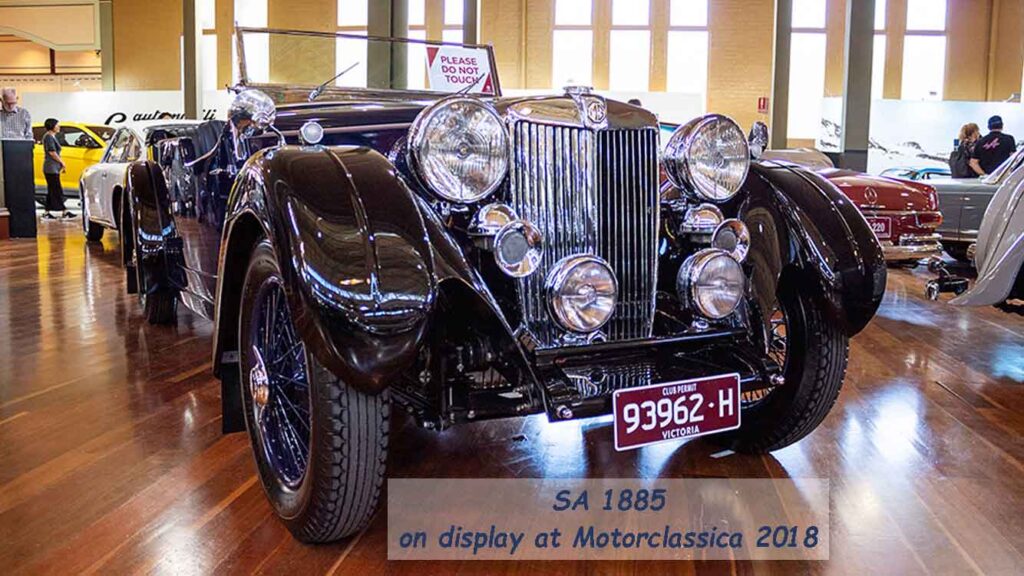 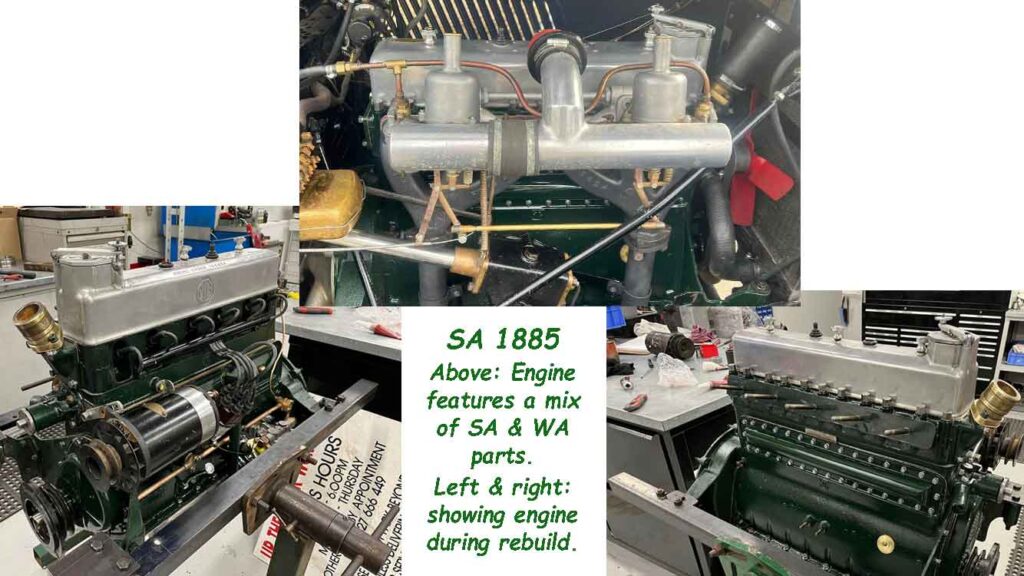 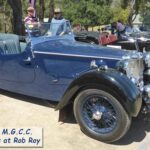 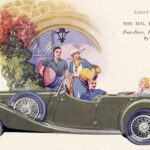 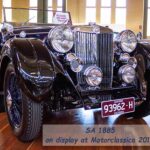 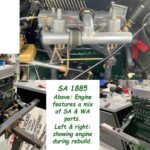 Information: Construction was competed 21st June 1937 as a 4-door saloon intended as one of 23 exported to Australia, arriving on the 29th October 1037.  Sold in Sydney by P&R Williams, believed the original colour was blue.  The sales blurb read “Out of the hard learned lessons of racing emerges this car – embodying the experience and knowledge gained on the track and road, with Luxury, Elegance and Refinement.”

Early history unknown, first appeared on the register owned by Ed Ison, NSW., in run-down condition. Don Cairns owned it for a short time after E.I., it was then bought by H.H. in 2005.  Harry rebuilt the car in the style of a Charlesworth Tourer with a body constructed by Robinson Brothers Carrozzeria, Bungendore, NSW.

The car was prepared to participate in long distance rallies such as the Peking to Paris.