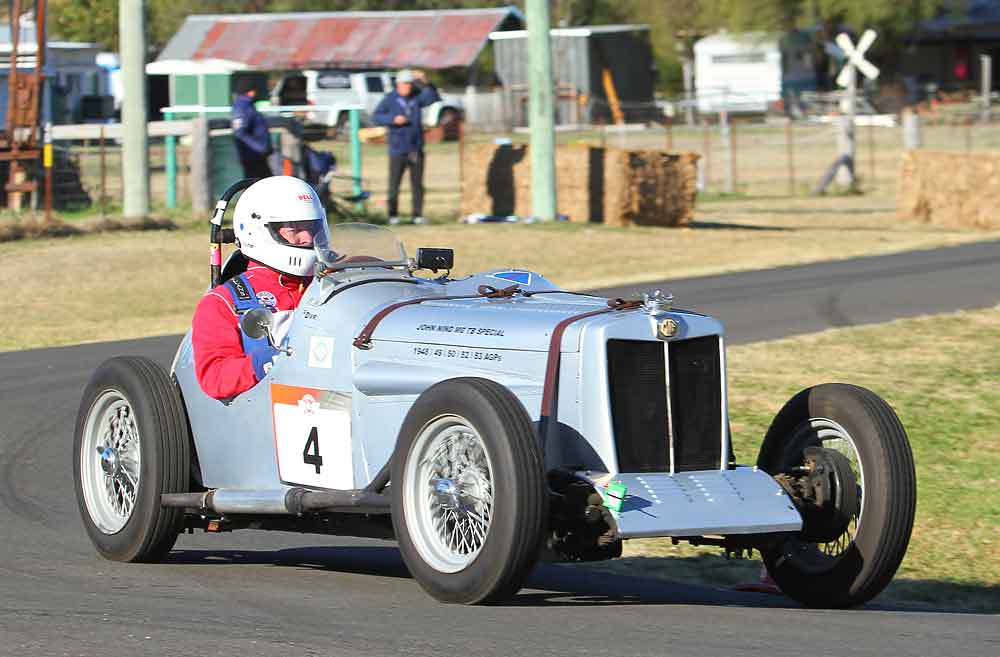 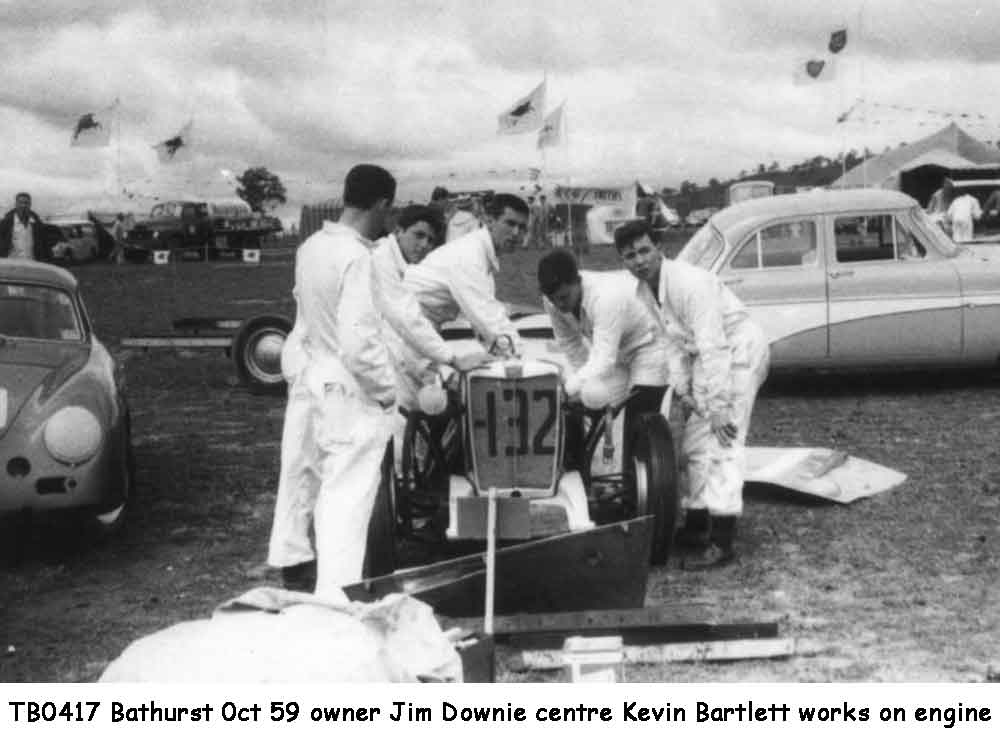 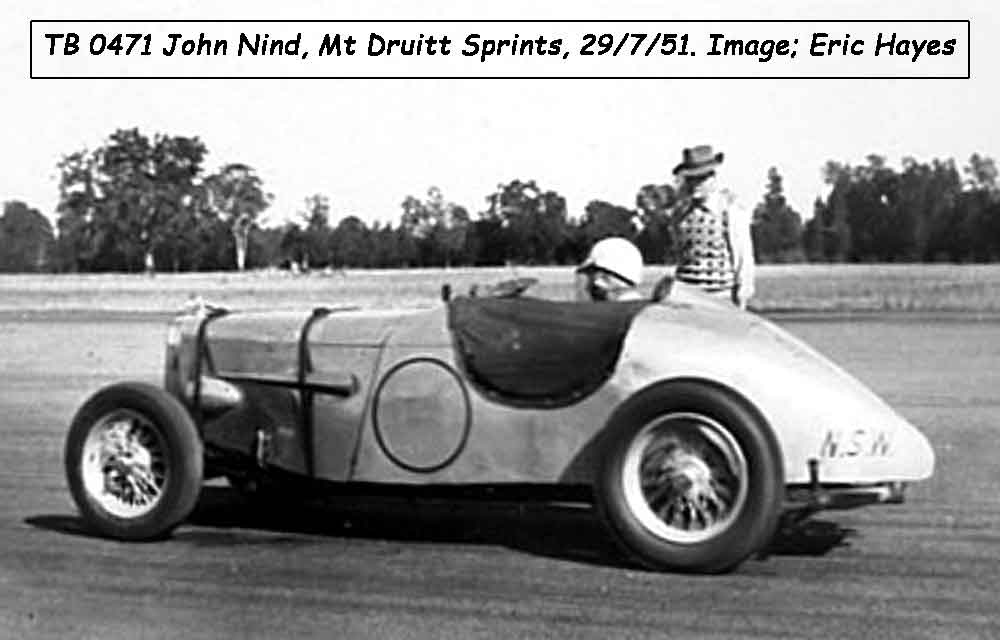 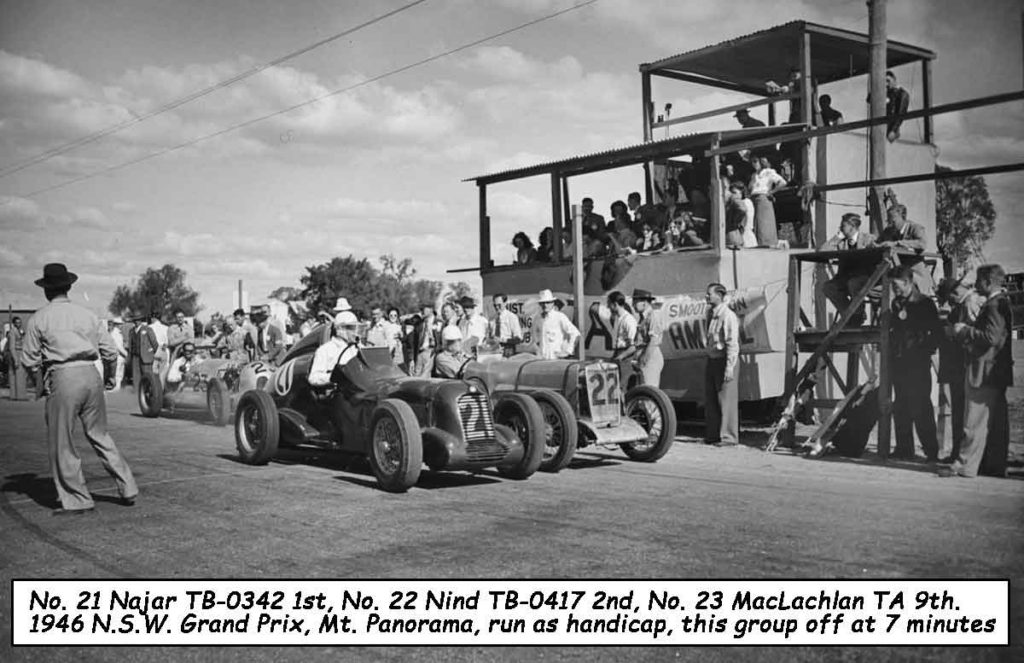 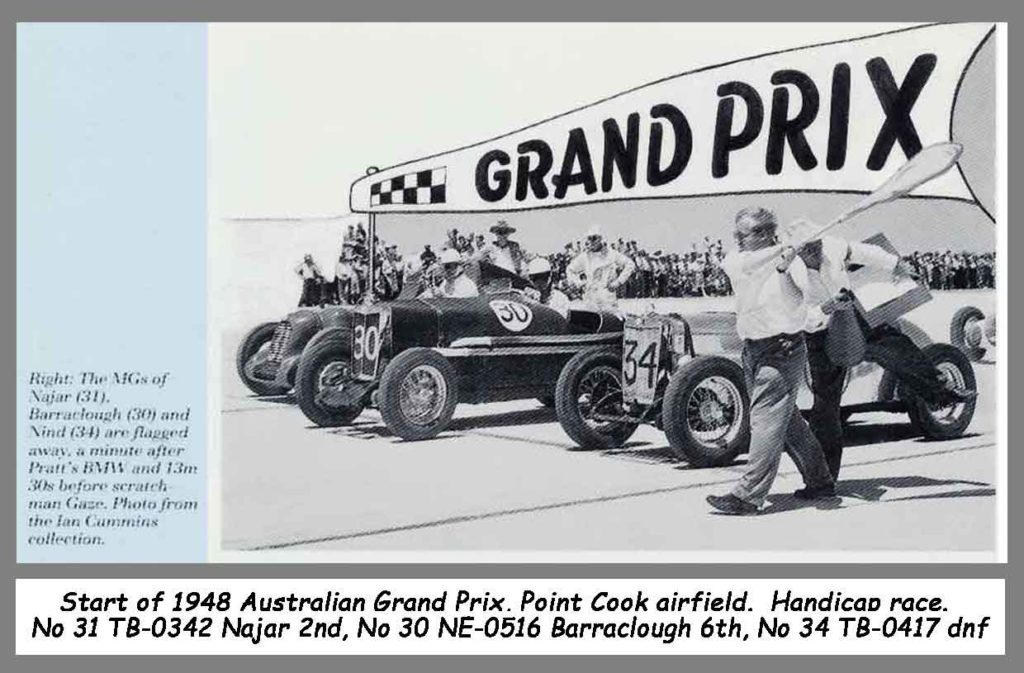 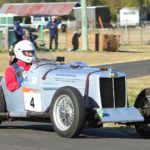 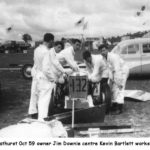 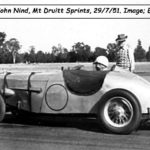 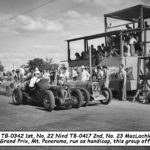 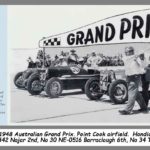 This TB’s early history is lost in time however from 1948 its history is mostly well recorded.  That is because after WWII John Nind prepared it for racing and entered it in the 1948 Australian Grand Prix held at Point Cook airfield; unfortunately Nind retired at lap 10.

Through the later ’50s the car appeared on N.S.W. circuits driven by Jim (Tex) Downie whose support team sometimes included a young Kevin Bartlett before he began his own driving career.

In Nind’s hands the car was basically a two seat road driven sportscar.  Downie gradually modified the car and extensively lowered the bodywork making the car into a dedicated racer.

It was in that form when acquired by the Nolan Brothers and used by them at Historic Race meetings around N.S.W.