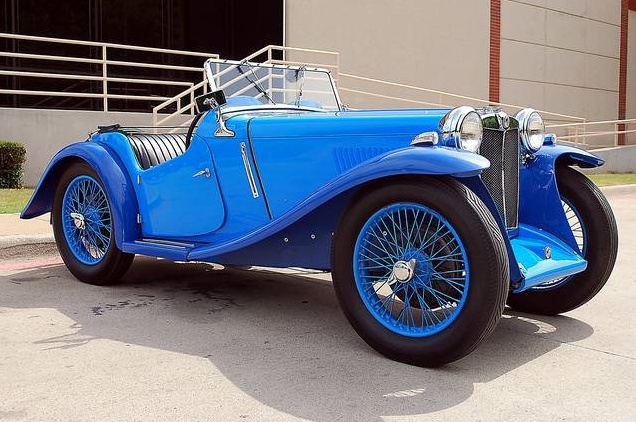 This PA has been unaccounted for for many years.

Bob Clare, the MMM Registrar un the UK relayed that Andrew Bradshaw heard from Barry Bryan who had the car in the ’70s, that Don Moore had bought the car from the original owner and built his well known (at the time) racer on it.

The chassis has a very interesting competition history in the hands of Don Moore, wizard engine tuner of Works Lister Jaguar fame. I have written at great length about it in various MG Car Club and other publications.

I tried to trace the car and had got as far as USA. I ended up building a very accurate replica of it with the original Don Moore lightweight body and raced the car for several years and sold recently to Ian Seymour Smith who is having great success with it.

I had a lot of pics, data and even cine film of the car racing in the 50’s which Ian now has. There were also numerous trophies Don had won with the car.