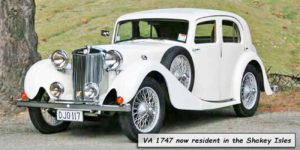 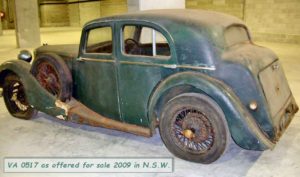 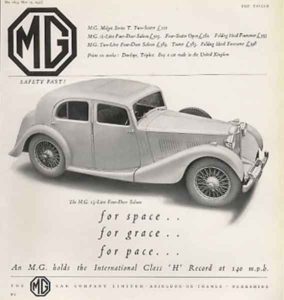 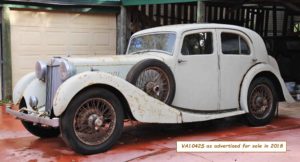 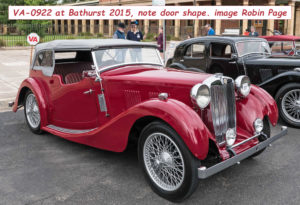 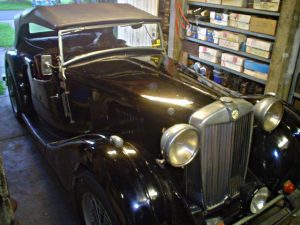 Information / History: The car left Abingdon on the 27th September 1937 Barry Harvey purchased this car from Chip Hedges on 16th April 1977, just after Chip drove the car to Katoomba for the MG National Meeting, where he was trying to sell it for $3,000.  It ran a bearing on... 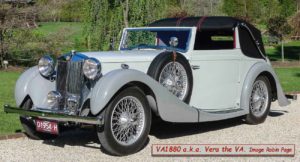 Current owner; Royce Reed, N.S.W. Information;  Built in August 1938 and delivered to Samsons and Sons in Newport Pagnell to be fitted with one of their Tickford drop-head coupe bodies.  History: It has a factory replacement engine which is being rebuilt and balanced.  This is good as the engine has... 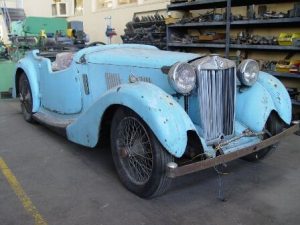 Current owner:- David Anderson, Vic. History:- left the factory on 5th December, 1938. Chassis no. VA 2124T, Engine no. TPBG 2389 (as originally fitted), registration number ELF 638.  It has been in dry storage for over 40 years, but some work has been done, (instruments restored by John Marks and... 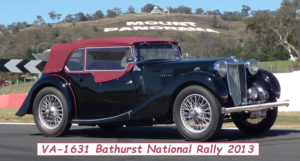 Current owner:-  Graeme Davies, Melbourne, Vic. History:-  Built 10/5/38, early UK history and owners prior to 1998 unknown.  That is when the wreck was bought by 'Bas' and taken to Holland to be restored.  It was taken to SVW Spares in the UK for paint and trim.  Completed in 2002... 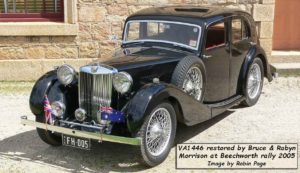 Information / History: VA1446 (FH005) was purchased by Sir George Tallis, Managing Director of the Tivoli Theatre in 1938 when he visited the UK with his new bride. They intended to tour the continent but were dissuaded by the threat of war, so the car was brought back to Australia... 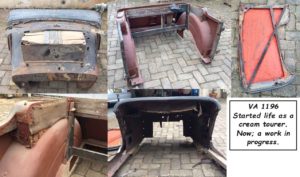